The latest Galaxy J-series smartphones will come with 18.5:9 aspect ratio Infinity Displays running Android 8.0 Oreo with Samsung’s Experience UI on top. Both devices will come in Blue, Black, and Gold variants and will be available on Flipkart, Paytm and Samsung Stores across India.

Days after teasing to launch during a Mumbai event, Samsung has finally announced the Galaxy J6 and Galaxy J8 in India as the company’s newest additions in the budget segment. The similarly designed Galaxy J6 and J8 respectively feature 5.6-inch and 6-inch Super AMOLED Infinity Displays with an aspect ratio of 18.5:9 with a 2.5D curved glass. Both Galaxy phones come in Blue, Black and Gold coloured variants and will be available for a starting price of Rs 13,990 on Flipkart, Paytm and Samsung stores across India.

While Samsung will start selling the Galaxy J6 in India on May 22, the Galaxy J8 will only make its way to the market on June 20. Both devices will come in Blue, Black, and Gold variants and will be available on Flipkart, Paytm and Samsung Stores across India. The 3GB/32GB variant of the Galaxy J6 starts at Rs 13,990 while the 4GB RAM + 64GB storage version will come at a price of Rs 16,490. The Galaxy J8, on the other hand, is the most expensive of the lot with an asking price set at Rs 18,990.

The 5.6-inch Galaxy J6 is powered by the company’s own octa-core Exynos 7870 chipset with options to choose from 3GB and 4GB RAM variants and up to 64GB of onboard storage. The device will employ a single 13-megapixel primary camera with a fixed f/1.9 aperture and an LED flash. There will be an 8-megapixel sensor on the front with the same aperture, all of which will be housed on a plastic body. All of this will be backed up by a 3,000mAh battery. 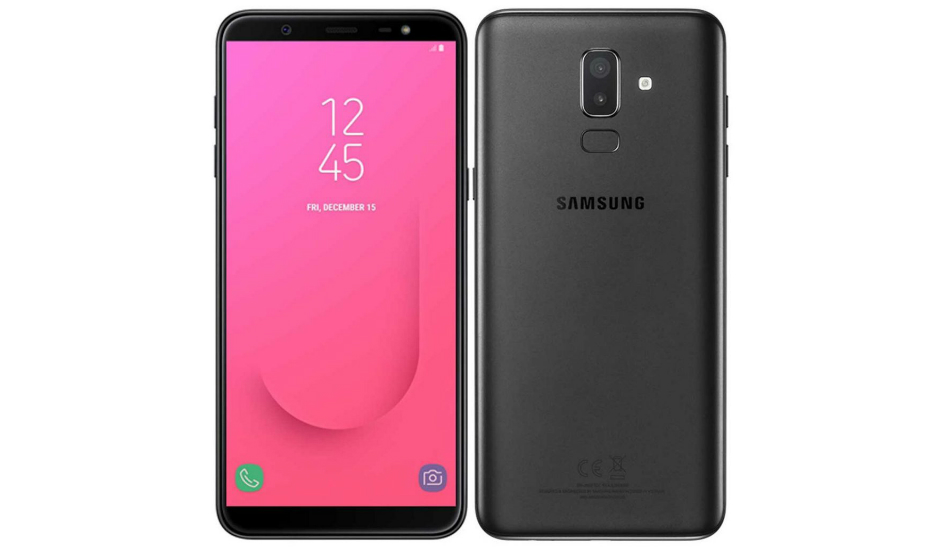 The Galaxy J8, on the other hand, comes with 6-inch HD+ Super AMOLED display with a resolution of 1480 x 720 pixels and will run on a Qualcomm Snapdragon 450 SoC with 4GB of RAM and 64GB of internal storage. The device will come installed with a dual (16MP f/1.7 aperture + 5MP f/1.9 aperture) rear cameras for capturing the depth of field pictures and a 16-megapixel sensor on the front for selfies. Although unclear, the Galaxy J8 appears to feature a more metallic textured finish compared to its cheaper Galaxy counterpart. The device will equip a larger 3,500mAh battery which is estimated to last you a day on moderate use.

Both Galaxy J smartphones run on Android 8.0 Oreo with Samsung’s Experience UI on top. The fingerprint scanner on both the phones are housed at the back below their respective camera modules and is rectangular in shape like the one found on the Galaxy S9 lineup. In terms of connectivity, both the Galaxy J6 and Galaxy J8 will feature 4G VoLTE support, Bluetooth v4.2, WiFi and GPS and will still retain the traditional headphone jack.

Exclusive: Samsung Galaxy J6 and Galaxy A6+ retail box shed some light on its Indian pricing