The Bluetooth listing via MySmartPrice also does not reveal anything about the hardware specifications of the smartphone. The listing only reveals that the phone has received Bluetooth certification with version 4.2. The listing reveals the multiple versions of the device exist. These include the SM-J260F, SM-J260M, SM-J260Y, SM-J260F_DS, SM-J260G_DS, SM-J260M_DS, and SM-J260Y_DS have received Bluetooth certifications. 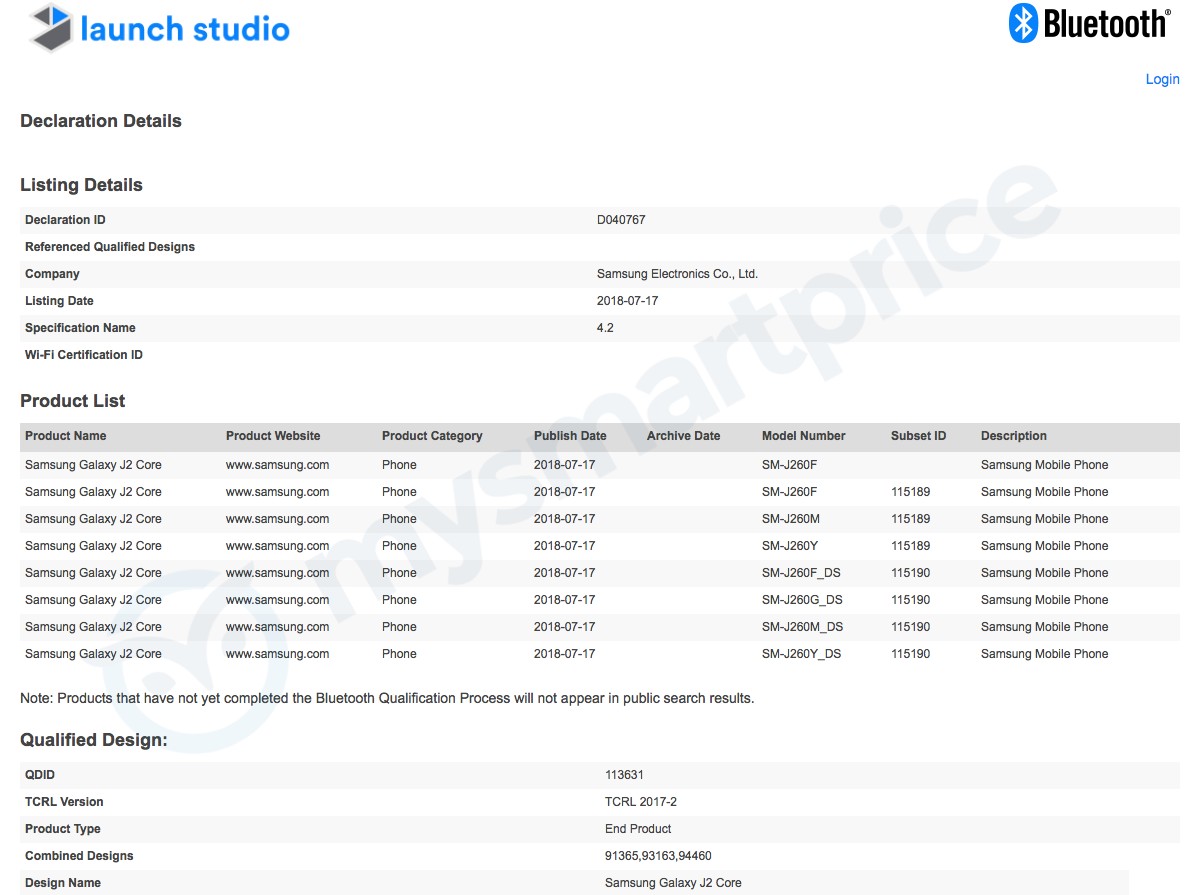 As per earlier leaks, the smartphone will feature a 5.0-inch Super AMOLED display, though the resolution is not known at the moment.  The phone will be powered by 1.4GHz quad-core Exynos 7570 processor and it will be backed by a 1GB of RAM and 16GB of internal storage, which could be expandable in nature. In terms of optics, the phone will feature an 8-megapixel rear camera and a 5-megapixel selfie shooter.

Recently live images of the smartphone were leaked online revealing some key information. The leaked images revealed that the smartphone will feature on-screen navigation buttons at the base, while at the top there is front-facing camera along with the earpiece and usual array of sensors. The back panel revealed a single camera setup at the top-centre position along with LED flash. Just adjacent to the camera module, there is an oddly-placed speaker.


Note: Lead image is for representational purpose only!