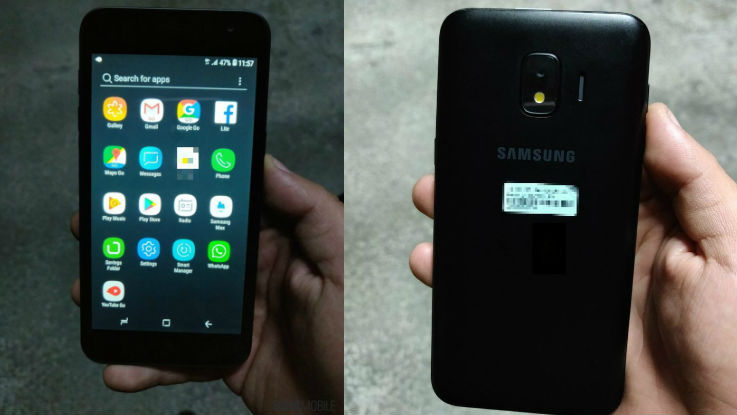 Samsung is rumoured to be working on its first Android Oreo (Go Edition) smartphone. Rumoured as Galaxy J2 Core, the smartphone live images were leaked online revealing some key information.

The leaked live images were obtained by Sammobile and it reveals that the upcoming smartphone might actually not run stock Android as one expected. Instead, the company might go with its own Experience UI. The live images reveal that there Samsung will add Android Go apps in the Galaxy J2 Core.

Talking about the device, the leaked images reveal that the smartphone will feature on-screen navigation buttons at the base, while at the top there is front-facing camera along with earpiece and usual array of sensors. The back panel reveals a single camera setup at the top-centre position along with LED flash. Interestingly, just adjacent to camera module one can see an oddly-placed speaker.

Previously, key specs of the upcoming Android Go smartphone were leaked online. Talking about key specifications, the smartphone will feature a 5.0-inch Super AMOLED display, though the resolution is not at the moment.

The phone will be powered by 1.4GHz quad-core Exynos 7570 processor and it will be backed by a 1GB of RAM and 16GB of internal storage, which could be expandable in nature. In terms of optics, the phone will feature an 8-megapixel rear camera and a 5-megapixel selfie shooter.