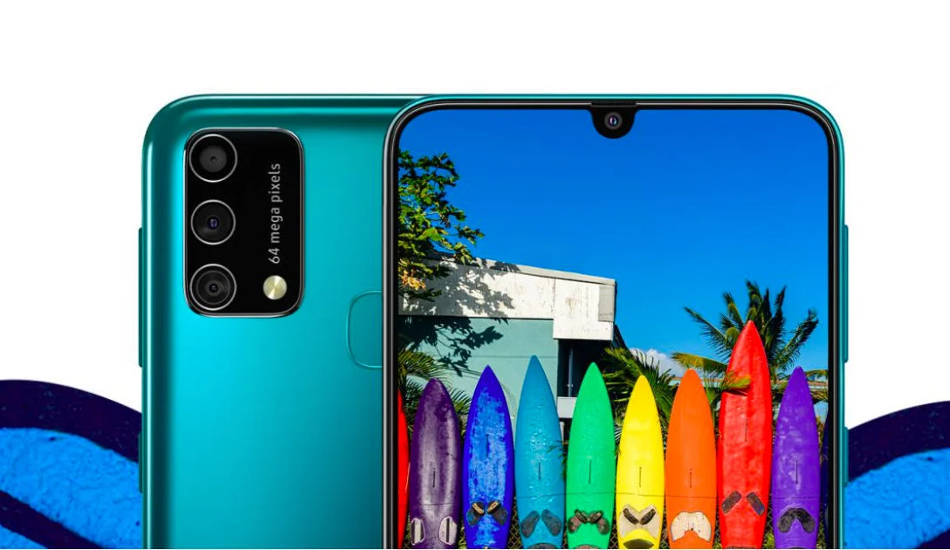 Samsung will be launching the Galaxy F41 smartphone in India next month on October 8 at 5:30 PM. Now ahead of the launch, the Galaxy F41 is now confirmed to feature a 64-megapixel rear camera.

Samsung Galaxy F41 is the first phone from Samsung’s new Galaxy F-series. The company has partnered with Flipkart for the upcoming launch. The latest teaser on Flipkart has confirmed a triple-camera setup with a 64-megapixel primary sensor on the Galaxy F41.

Samsung Galaxy F41 will come with a single selfie camera but its details haven’t been revealed yet by the company. The phone is likely to be offered in Black, Blue, and Green colour options. As for the pricing, Galaxy F41 is expected to be priced under Rs 15,000 in India.

The phone is confirmed to be equipped with an S-AMOLED display with an Infinity-U notch design. Samsung Galaxy F41 is also confirmed to come with triple rear cameras, rear-mounted fingerprint sensor and a 6000mAh battery. It also has a Single Take camera feature that’s also available on the Galaxy M31s.

On the new Galaxy F phone, Asim Warsi, Senior VP and Head of eCommerce Business, Samsung India said, “At Samsung, we are obsessed with consumer-centric innovations. Galaxy F designed in India in collaboration with Flipkart, is a celebration of the rising aspirations of socially savvy consumers. With Galaxy F, Samsung and Flipkart are offering a feature-loaded option for young consumers who want to live life to the fullest. Galaxy F’s proposition is ‘full on’ – the lifestyle that defines today’s young Gen Z consumers and we are confident that F Series smartphones will live up the ‘full on’ credo.”