Samsung Galaxy F41 to be launched in India on October 8 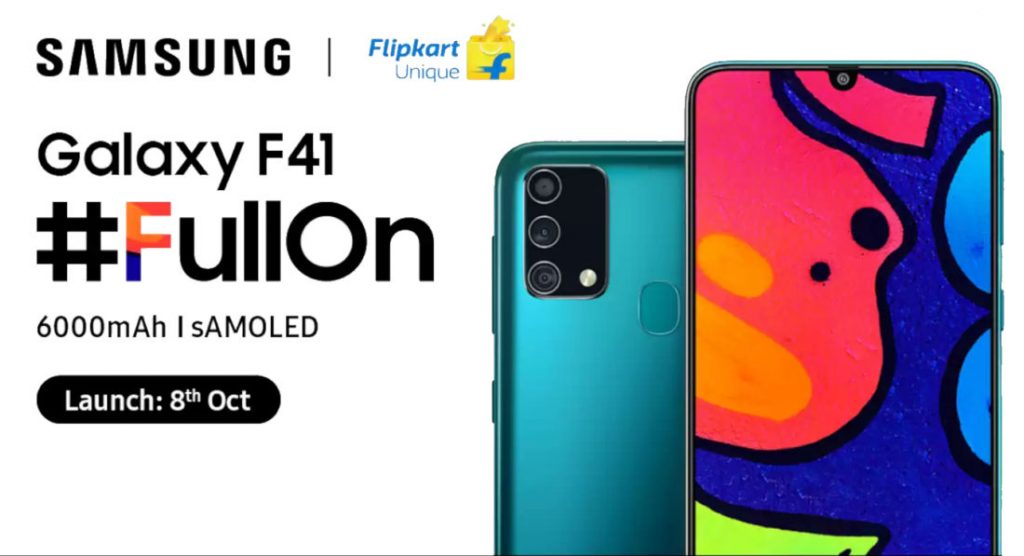 Samsung has confirmed the launch of its first smartphone in the new F series in India. Dubbed as Galaxy F41, the phone will be launched in India on October 8th on Flipkart.

The event will be live-streamed via Samsung’s official channels on October 8th at 5:30 PM IST. The phone will be Flipkart exclusive in the country.

The teaser image showcases the front and rear design of Samsung Galaxy F41. The phone is equipped with an S-AMOLED display with an Infinity-U notch design. Samsung Galaxy F41 is also confirmed to come with triple rear cameras, rear-mounted fingerprint sensor and a 6000mAh battery.

The phone is likely to be offered in Black, Blue, and Green colour options.