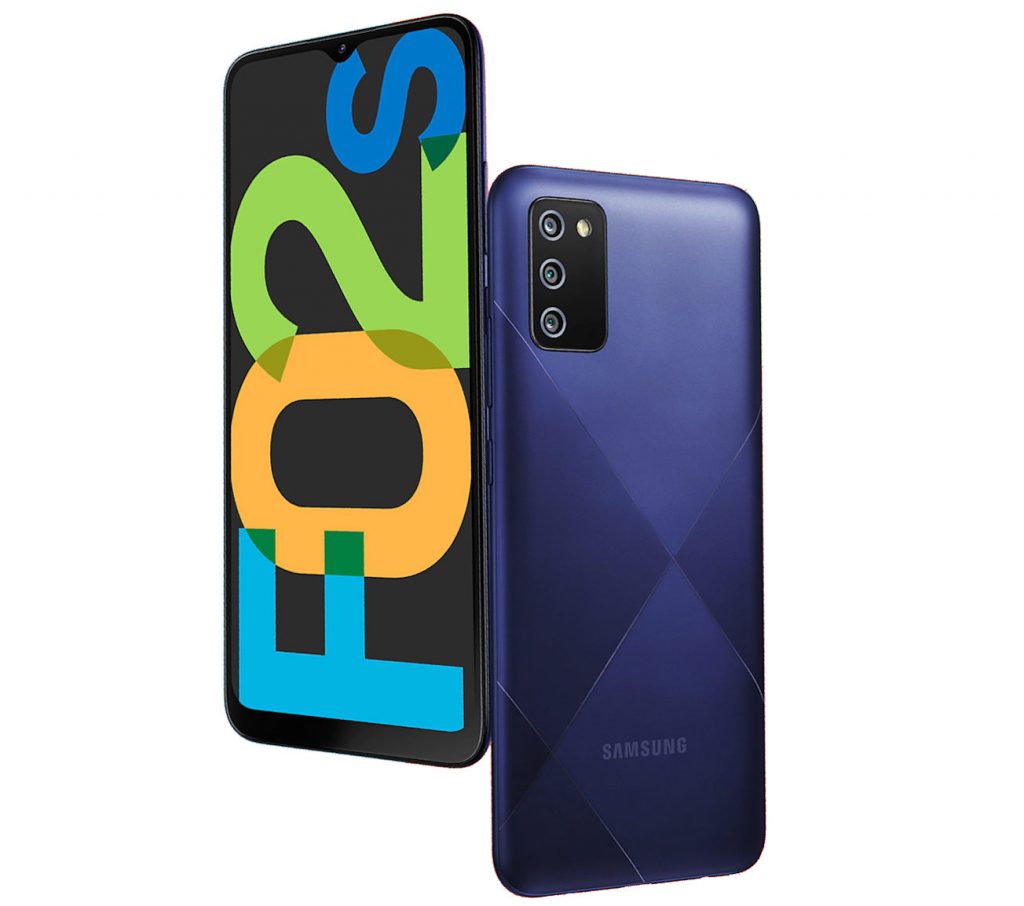 Samsung Galaxy F02s was launched with Galaxy F12 in India last week, Now Galaxy F02s will go on its first sale in the country today.

Samsung Galaxy F02s flaunts a 6.5-inches HD+ TFT display with 1560 x 720 pixels resolution and waterdrop notch. It is powered by octa-core Snapdragon 450 chipset, Adreno 506 GPU. The phone has up to 4GB RAM and 64GB onboard storage.The smartphone also has a microSD card for expandable storage up to 1TB.

For the camera, the phone sports a triple camera setup at the back with a 13-megapixel primary sensor, 2 megapixels macro sensor and a 2 megapixels depth sensor. On the front side, there is a 5 megapixels sensor housed in the notch on the front for selfies and video callingwith f/2.2 aperture.