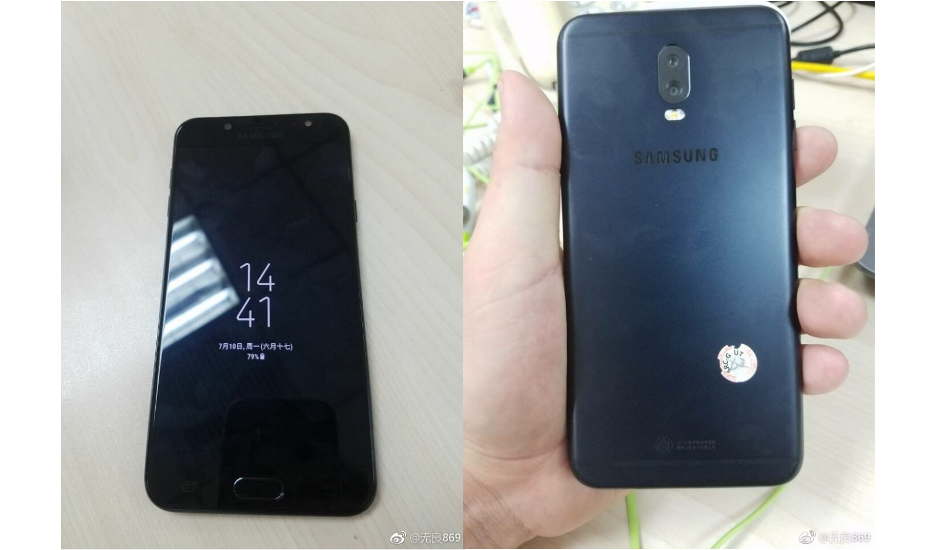 At the back, we have Samsung logo with a dual-camera and a LED flash on top of it.

Just yesterday, we reported that Samsung Galaxy C7 (2017) will be sporting a dual rear camera setup. Today, some spy shots of the Galaxy J7 (2017) have surfaced online which has once again shown the two camera lenses on the back.

From the images, we can see a fingerprint scanner in the front which can work as a home button with the capacitive touch buttons on both the sides of a fingerprint sensor. There is power button is on the right and volume rockers on the left. On the top, we have an earpiece, sensors and the front-facing camera with LED Flash. At the back, we have Samsung logo with a dual-camera and a LED flash on top of it.

As per rumours, the Galaxy C7 (2017) is expected to a 5.7-inch full HD (1920 x 1080) Super AMOLED display. It will be powered by Qualcomm Snapdragon processor coupled with 4GB of RAM and 32GB of 64GB of native storage. The device will run on Android Nougat and it is also expected to come with a physical home key as well, which will double as a fingerprint scanner. It is said to come with a 16-megapixel rear camera and an 8-megapixel camera on its front.