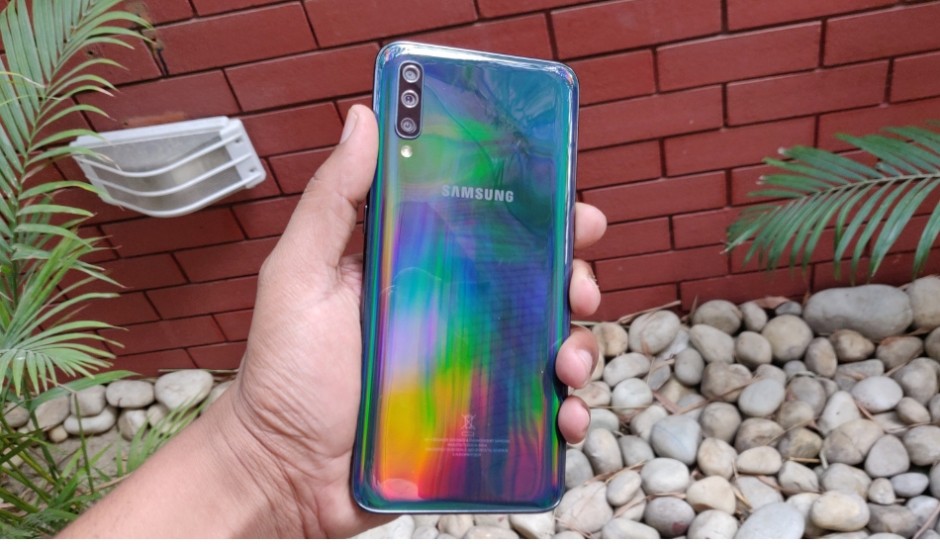 Samsung has confirmed that it's working on two new Galaxy A-series smartphones - the Galaxy A91 and Galaxy A90 5G, powered by Snapdragon 855 processor, 6.7-inch displays and in-display fingerprint scanners. The Galaxy A91 is now confirmed to support 45W fast charging following the likes of Note 10+ and Note 10 5G.

Samsung recently launched the Galaxy Note 10 series in India for a starting price of Rs 69,999. The South Korean company has now started hinting two new Galaxy A-series smartphones – the Galaxy A91 and Galaxy A90 5G which has made its way to the official Samsung site.

Samsung Hungary has hosted a support page for its 45W USB Type-C charger which was announced alongside the Note 10 series phones. Spotted first by XDA Developers, the website carries the names of the Galaxy A91 and Galaxy A90 5G as the list of compatible devices to work with the charging adapter, although with different charging abilities. 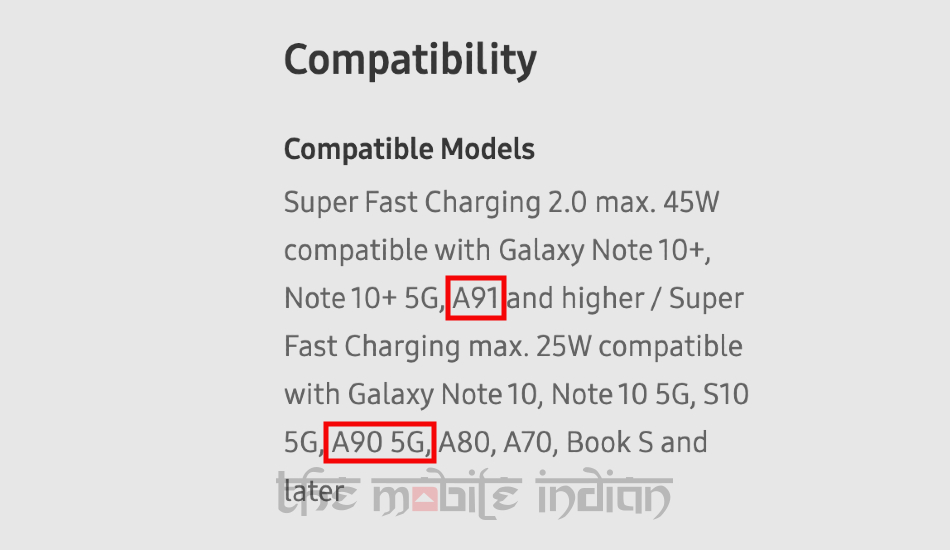 As for the specifications, both the Galaxy A91 and Galaxy A90 5G are expected to come with 6.7-inch AMOLED display with in-display fingerprint scanners embedded inside them, but nosliding or pop-up cameras. Both devices are expected to be powered by a Qualcomm Snapdragon 855 processor.

While there will be a Note 10-style punch hole camera (likely a 12MP sensor) on the Galaxy A91, the A90 5G is believed to employ a teardrop notch at the top of the Infinity-U display to house the front camera (possibly an 8MP lens).

Both upcoming Galaxy A-series phones are expected to be enabled with a 48MP triple camera setup at the back while it’s the Galaxy A91 that is touted to come with an “exclusive Tilt OIS” feature for image stabilisation. It was previously reported that the 5G model will equip a triple camera 48MP + 8MP telephoto + 5MP depth setup while its counterpart will feature a 48MP + 12MP telephoto + 5MP depth setup.

Samsung Galaxy A91 and Galaxy A90 5G are expected to launch in the near future, possibly in October.