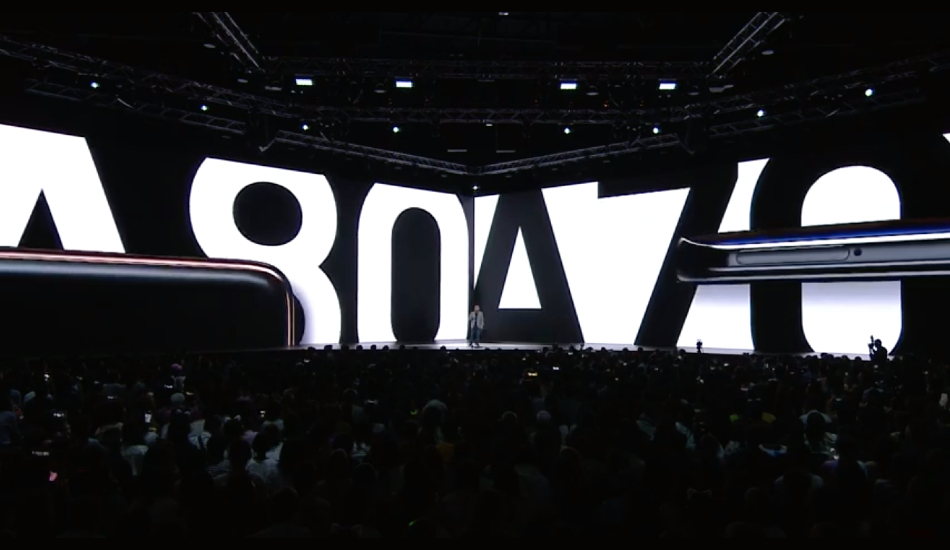 The Galaxy A80 features a 6.7-inch Super AMOLED display with a resolution of 1,080 x 2,400 pixels and an in-display fingerprint scanner on the front. The display on the front is completely bezel-less thanks to a rotating pop-up camera which is spring loaded to face you depending upon your need.

Samsung has announced new entrants to its mid-range Galaxy A lineup with the launch of the Galaxy A80 and Galaxy A70 smartphones. The new smartphones come with new Infinity displays, the latest Android interface and 48MP selfie cameras.In the last few weeks lot ofrumoursandleaksleading to the launch event have flooded online space.

Starting with the Galaxy A80, the device features a 6.7-inch Super AMOLED display with a resolution of 1,080 x 2,400 pixels and an in-display fingerprint scanner on the front. The display on the front is completely bezel-less thanks to a rotating pop-up camera which is spring loaded to face you depending upon your need.

The Galaxy A80 is powered by an Octa-core processor which has two cores clocked at 2.2GHz and six cores clocked at 1.8GHz, an Adreno 618 GPU, 8GB of RAM and 128GB of storage. The device comes with a 3,700mAh battery with 25W Super Fast Charging and it runs on Android 9 Pie with Samsung’s One UI out of the box. 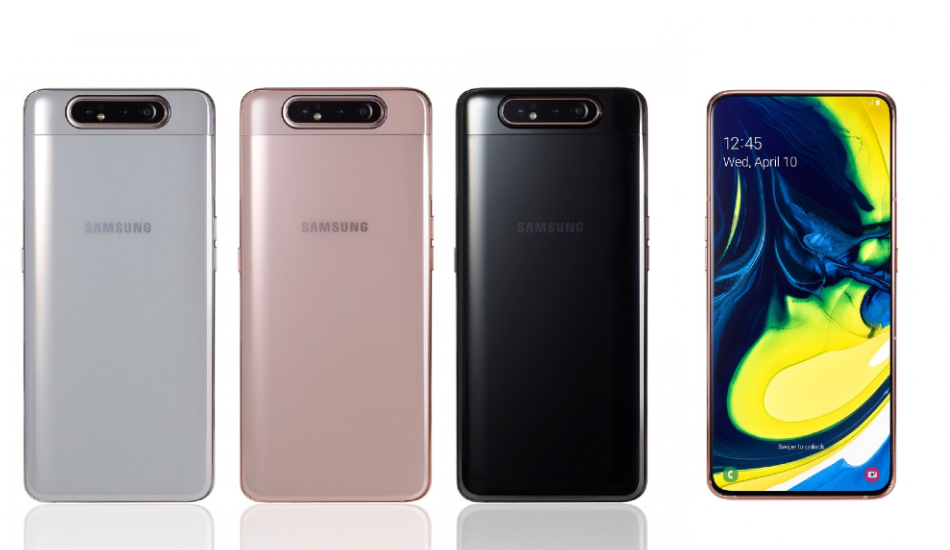 In terms of camera, the Galaxy A80 features a 48MP primary lens with an f/2.0 aperture, an 8MP ultra-wide angle camera with a 123-degree field of view and a 3D ToF which makes way for Live Focus. The Galaxy A80 will be available in Ghost White, Angel Gold and Phantom Black.

Speaking about the launch,Samsung ElectronicsMobile Communications Division President,DJ Koh said “The Galaxy A Series provides a range of models so everyone can choose a device that fits their unique needs and enables them to pursue their passions. The Galaxy A80 offers premium features for digital natives who want to fully engage in the Era of Live”.

Samsung also softly launched the Galaxy A70 which comes with a 6.7-inch Full HD+ Super AMOLED Infinity-U display of resolution of 1080 x 2400 pixels, an aspect ratio of 20:9 and a U-shaped notch at the top. There’s an in-display fingerprint scanner on the front, just like the A80 and the device is powered by a Snapdragon 670 octa-core chipset and is coupled with 6GB/8GB RAM and 128GB of storage. The Galaxy A70 is fuelled by a 4,500mAh battery which supports 25W fast charging, similar to the one on the Galaxy S10 5G. 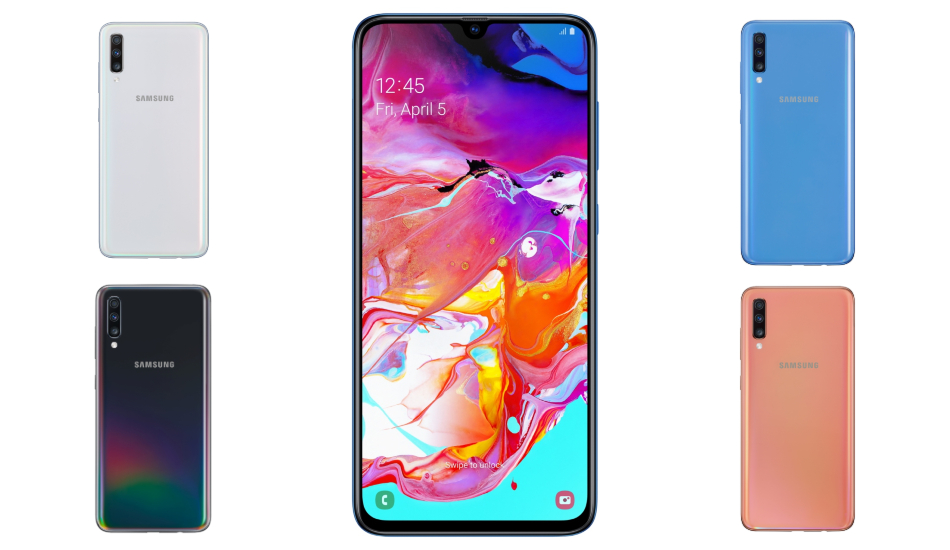 For optics, the A70 features a 32MP (f/1.7 aperture) primary camera coupled with an 8MP (f/2.2 aperture, 123-degree field-of-view) ultra-wide camera and a 5MP (f/2.2 aperture) depth-sensing camera. There’s another 32MP f/2.0 sensor hidden on the notch on the front which will be available for selfies and video calling.

The Galaxy A70 runs on Samsung One UI based on Android 9 Pie with Night Mode, Samsung Pay, Knox and Samsung Pass. The device will be available in Black, White, Coral and Blue colours with a “3D Glasstic” finish at the back.

The Galaxy A70 will be available for sale globally from April 26.