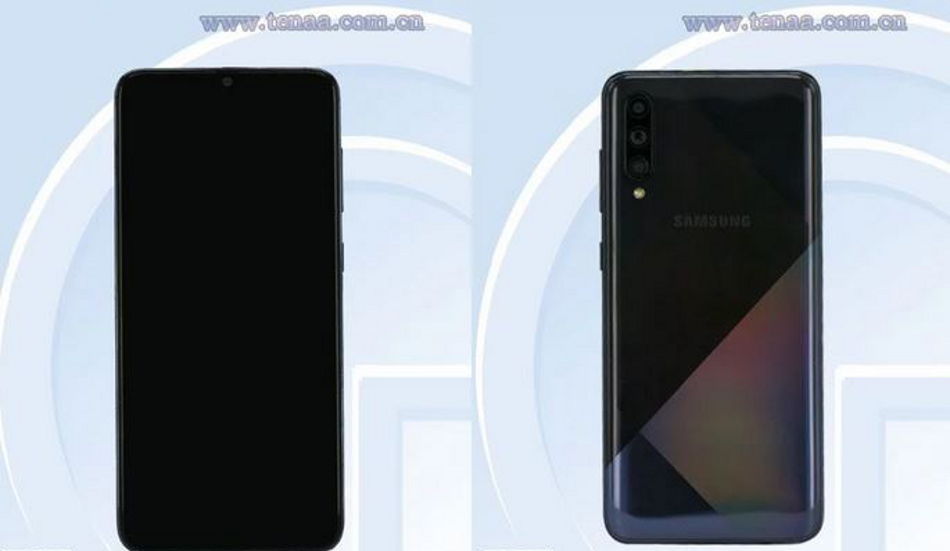 Samsung will be launching Galaxy A70s with 64MP rear camera in India soon. Recently the user manual of the upcoming device was leaked online revealing some insightful information. Now the Galaxy A70s has been spotted listing on the Google Play console page revealing some of the key specs of the smartphone.

As per the Google Play console listing, Galaxy A70s will feature an FHD+ display alongside the Snapdragon 675 chipset with Adreno 612 GPU. The Android 9 Pie OS will come loaded on the device. Further, it also reveals that the Samsung phone will be paired with 6GB of RAM.

Earlier, Samsung Galaxy A70s with model number SM-A707F/DSM was spotted on the Samsung India support website. The phone is likely to feature a 6.7-inch Full HD+ Super AMOLED Infinity-U display and will come equipped with an octa-core Qualcomm Snapdragon 675 processor. It is expected to arrive in two different variants- 4GB of RAM with 64GB of internal storage and 6GB of RAM with 128GB of internal storage. The device will also come with an option to expand the storage of up to 512GB via microSD card.

On the camera front, the Galaxy A70s will have a triple rear camera setup with Samsung’s 64MP ISOCELL Bright GW1 as the primary sensor, an 8-megapixel as secondary ultra-wide sensor and a 5-megapixel depth sensor accompanied with LED flash. On the front, it will have a 32-megapixel front-facing camera. The camera features will include live focus, bokeh effect, HDR, pro mode, panorama, slow motion, and AR emojis.

On the battery front, the smartphone will be backed up by either 4,400mAh or 5000mAh battery. It will run on Android 9 Pie operating system. Connectivity options include dual SIM functionality, VoLTE, WiFi 802.11 ac, Bluetooth 5.0, GPS with A-GPS, GLONASS and Type-C Port. The device will measure 164.2 x 76.7 x 7.9mm.