The Samsung Galaxy J8+ is based on the Android 8.0.0 Oreo operating system.

After Samsung Galaxy J8 was recently spotted on Geekbench - a mobile phone benchmarking website, now seems Samsung is also working on its other variant. This time Samsung Galaxy J8+ has also been spotted on the same GeekBench website. The listing has spilt some beans on the expected specifications of the upcoming smartphone. 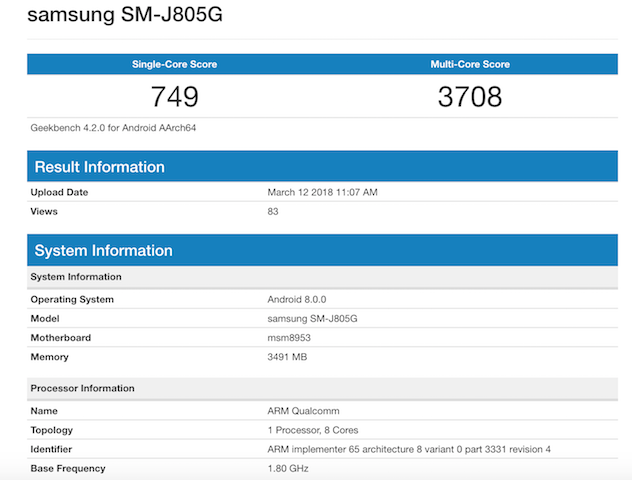 The Glaxay J8 will have 3GB RAM and runs on Android Oreo operating system as per the earlier GeekBench listing. It is likely to have Mali T830.

It is yet to be known when Samsung will be officially announcing the J series of smartphones. Keep checking The Mobile Indian for more updates on this.

Note - The Lead image is for representational purpose only.