The Samsung Galaxy A52s 5G will be arriving in four colour options. There will be 128GB of storage and the price for the Galaxy A52s has also been tipped. 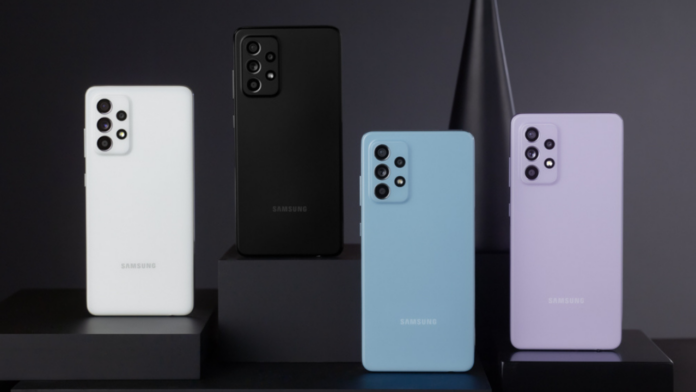 Samsung Galaxy A52s is believed to be an upgraded variant of the Galaxy A52. Now, we may have a leaked price for the European market ahead of the launch of the Galaxy A52s. Along with that, the storage variants, as well as the colour options, have also been leaked.

The report comes from DealnTech who spotted the retailer listing of the Galaxy A52s which reveals its price to be €434.64 (approx Rs 38,300). The Galaxy A52s will reportedly be coming with 128GB of storage and will be available in four colours.

These four colours will include Awesome White, Awesome Black, Awesome Violet, and Awesome Mint. A recent report said the device was spotted on Geekbench. The Geekbench listing reveals that the Samsung Galaxy A52s 5G will be powered by an octa-core processor clocked at 1.8GHz. However, the benchmark lists the motherboard as “Lahaina”. This means that the upcoming Samsung smartphone will be powered by Qualcomm Snapdragon 778G processor.

Furthermore, the listing says that the phone runs on the Android 11 operating system. It will be likely come with One UI Core 3.1 on top. The phone has received 771 points in the single-core test and 2788 points in the multi-core test.

The device is loaded with 8GB of RAM. However, there might be more RAM variants when it launches. There’s no official word on when the phone will be launched and in what regions it will be available

To refresh, the Galaxy A52 came with the Snapdragon 750G chipset. It sports a 6.5-inch FHD+ Super AMOLED display. The phones feature a quad-camera setup. There is a 64MP f/1.8 primary shooter which has OIS and Tetra-binning tech. There is a 12MP ultra-wide-angle camera as well (123º field of view) with an f/2.2 lens. The two additional sensors include a 5MP depth and a 5MP macro sensor.