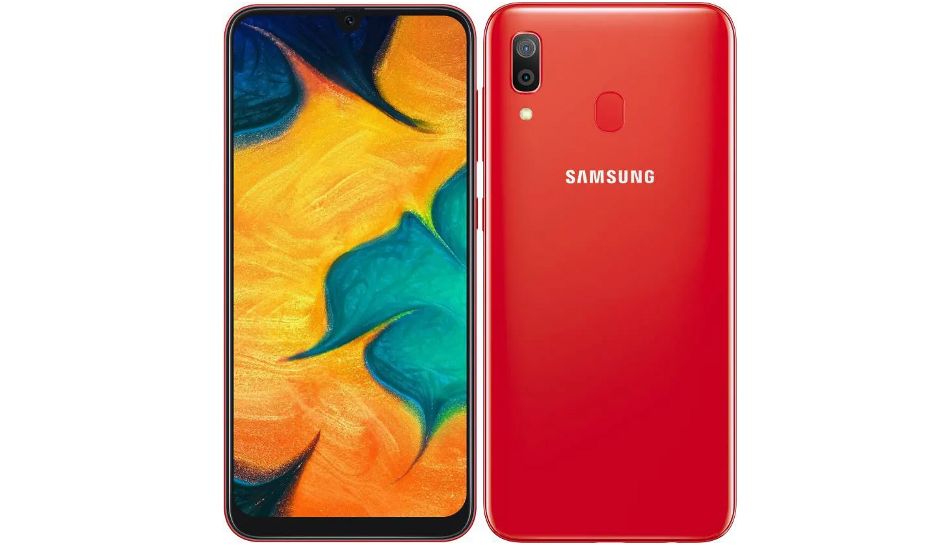 The new colour variant is now available for purchase on Flipkart and Reliance Digital website with a price tag of Rs 16,990

As expected, Samsung has now launched Red colour variant of its Galaxy A30. Samsung earlier launched Galaxy A30 in India in Red, Blue, and Black colours. However, the company only made the Black and Blue variants available soon after its announcement. But now, the Red variant has also been made official.

The new colour variant is now available for purchase on Flipkart and Reliance Digital website with a price tag of Rs 16,990. Apart from the colour, the specs of the Galaxy A30 Red variant will be identical to the existing Blue and Black colour variants. The Galaxy A-series smartphones are sold via online and offline channels, but it is unknown at the moment if the Red variant of the Galaxy A30 is also available offline or not.

Samsung Galaxy A30 in Pictures

The Samsung Galaxy A30 features a 6.4-inch full HD+ Infinity-U Super AMOLED display and it is powered by 1.8GHz octa core processor. It features a dual rear camera setup that includes a 16-megapixel primary sensor and a 5MP ultra-wide sensor. For the front, the phone has a 16 MP sensor with f/2.0 aperture. The phone comes with 4GB RAM with 64GB storage which can be expanded up to 512GB via micro SD card.