Samsung Galaxy A03 has been launched in India today. It will be available across retail stores, Samsung.com and leading online portals. 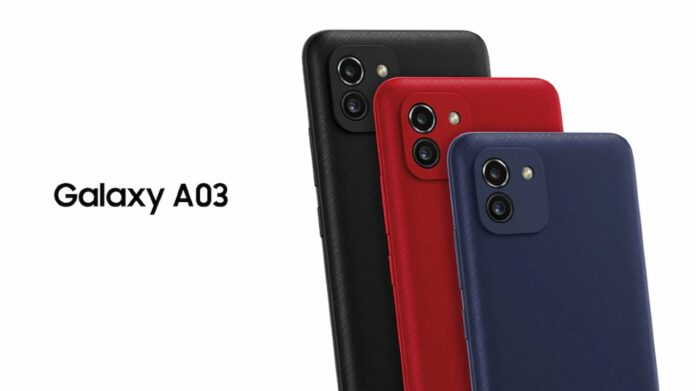 The Galaxy A03 is available in three colours – Black, Red, and Blue. The phone is priced at Rs 10499 for 3GB+32GB variant and Rs 11999 for 4GB+64GB variant. The phone will be available across retail stores, Samsung.com and leading online portals.

The Galaxy A03 features a dual-rear camera setup including a 48-megapixel f/1.8 sensor, accompanied by a 2MP depth sensor with an f/2.4 aperture. For selfies, the handset has a 5MP shooter which has an f/2.2 aperture. In addition, it also has ‘Smart Selfie Angle’ feature for clicking awesome group selfies by automatically switching to wide angle when it detects multiple faces in the frame.

The Galaxy A03 is backed with a 5,000mAh battery. As per the company, the battery claimed to last for a day on a single charge. It runs on Android 11 with One UI Core 3.1 on top on the software front.