Samsung Galaxy MWC Event will be held on February 27. It is currently not known about what Samsung exactly plans to announce. 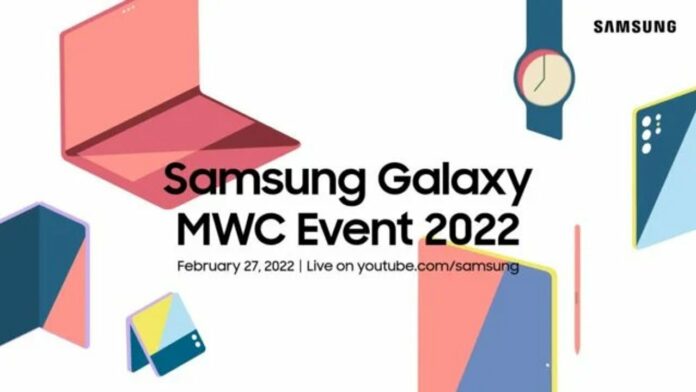 Samsung has announced that the Samsung Galaxy MWC Event 2022 will take place on February 27. A post on the official Samsung newsroom has confirmed its presence at MWC 2022.

It is currently not known about what Samsung exactly plans to announce at its upcoming Galaxy MWC 2022 event. The company has shared a teased for the upcoming event.

The animation in the teaser video suggests that it will announce a range of products including smartphones, smartwatches, foldables, PCs and tablets. We could see some upcoming smartphones smartphones like Galaxy M33, Galaxy M23 and Galaxy A53 make their debut.

Since the Galaxy S22 series smartphones as well as the Galaxy Tab S8 lineup have already been launched, it is likely that the company might reveal details on its foldable smartphones.