The much awaited BlackBerry Playbook OS 2.1 makes its way to a global audience with loads of new features.

Research In Motion (RIM) has announced the roll out of a new software update for its PlayBook tablet worldwide. The new BlackBerry Playbook OS 2.1 operating system upgrade brings a host of new features like better Android app support and the much awaited SMS capability.

The upgrade will bring an improved BlackBerry Bridge which will allow users to view, respond to and compose new SMSes on their PlayBook by connecting it to a BlackBerry smartphone over Bluetooth. Besides, the update will increase the performance and speed of BlackBerry Bridge.

Also, the update brings support for portrait mode for email, calendar and contacts; earlier only landscape mode was available for these functions. 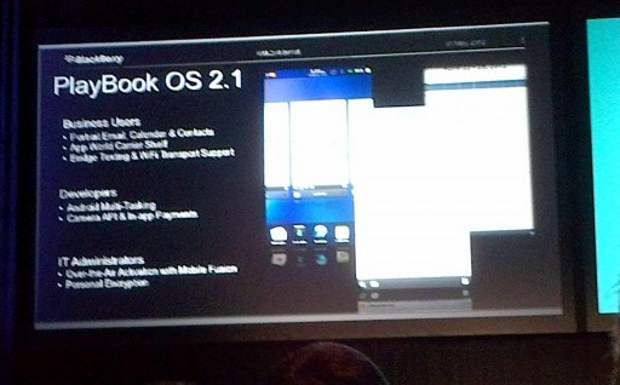 In this update, there’s better support for Android apps, including for in-app payments and apps that use the PlayBook’s camera. Users can also run Android apps in separate windows for improved multitasking and switching between apps with the new upgrade.

Also, while using Bridge users are connected to a WiFi network as well, and the PlayBook will automatically send and receive data over WiFi in order to use less cellular data.

The upgrade is available over the air and users will receive a notification when it is available for their device.