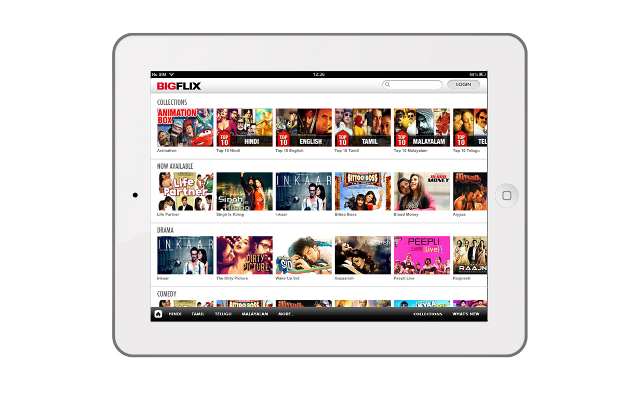 With this launch company aims to put an end to piracy and poor quality film viewing.

Anil Ambani-led Reliance Entertainment today announced the launch of on-demand movie platform ‘BIGFLIX’ which will regale the audience in a nine different languages in India and global markets. The BIGFLIX service is priced at Rs 50 for unlimited viewing per month. With this launch, company aims to put an end to piracy and poor quality film viewing.

The new BIGFLIX will have the pool of 2000 HD movies in nine Indian languages to start with, including Hindi, Telugu, Tamil, Punjabi, Malayalam, Gujarati, Marathi, Bhojpuri and Bengali.

The technology behind BIGFLIX will enable a user to have a personalised theatre experience wherein there will be no advertisements during streaming and as well as on the download movies. Users can stream and download the movies on any Internet-connected device including personal computers, tablets, smartphones, smart TVs and game consoles. Moreover, this technology will also allow users to switch devices like a smartphone to tablet to television and back, in the middle of a film.

BIGFLIX claims to be one of the world’s largest SVOD provider with over 3.9 million registered users and offers video content in categories such as feature films, short films, devotional, and movie trailers.

Commenting on the launch, Shibasish Sarkar, chief operating officer, Reliance Entertainment, said, “Indians are moving to digital entertainment in a big way with consumption growing on daily basis. Notably, BIGFLIX will fill in the void created by the decline of the home video market by digitally delivering movies.”

“Globally the demand for video content has risen steeply, and the digital platform is witnessing a wider audience everywhere, including India. BIGFLIX will provide high-quality video content from some of the biggest banners including Dharma, Disney, Viacom, Phantom, Telegu One and Rajshri, among others”, Amit Khanduja, CEO, Reliance Entertainment-Digital, further added.