Facebook has stated that it will now be showing Instagram Reels on the Facebook app. People can discover reels based on their interests and what’s popular. 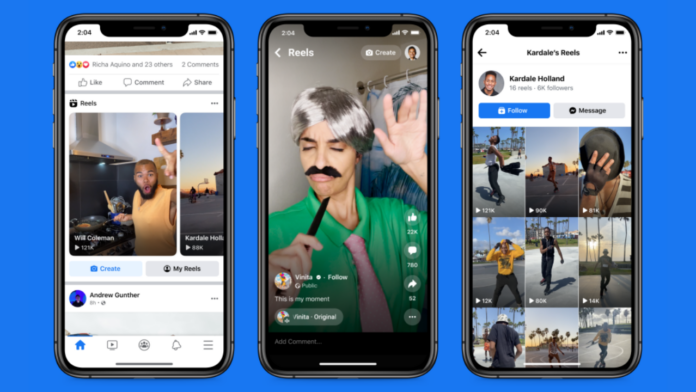 Facebook has announced that Instagram Reels will also be made available on the Facebook app. Creators will now have the ability to create reels and have their Instagram reels suggested to people on Facebook, whether they’re just starting out or already have a large following.

Creators can build an audience with Reels in different ways across Facebook. People can discover reels based on their interests and what’s popular both at the top of News Feed alongside Stories and Rooms and in a new, dedicated News Feed section.

Creators and group members can create and share reels in Groups. For admins, a new ‘Single Theme’ group setting makes it easy to prompt members to share their reels. Facebook is also testing the ability for Instagram creators to have their reels recommended on Facebook. In this test, a small number of Instagram creators will see an option to have their reel recommended on Facebook. It will be optional and is under the control of the creator.

Facebook has also started a new bonus program to help creators earn money when people view their reels. The Reels Play bonus pays eligible creators based on the performance of their reels. It will be available on both Facebook and Instagram.

The company informs that Reels Play bonus will initially be invite-only, beginning in the US and potentially expanding globally over time. The social media company will also be exploring additional opportunities for creators to earn money for their Reels. On Facebook, it will test sticker ads and banner ads in Reels and explore integrating with Stars.

It will also begin testing full-screen and immersive ads between reels to help small businesses and brands connect with new audiences. People can comment, like, view, save, share and skip them.

One can create a reel from the top of Feed or while they’re watching a reel and either select video clips from their camera roll or capture something new. You can also tap Reels at the top of News Feed or within a group’s feed.

A bunch of creative tools can be accessed and added to the reel. These include audio effects, AR effects, timers and countdowns, speed, multi-clips and more. Reels on Facebook are set to be public for creators who are over 18. You can also change the audience at any time.