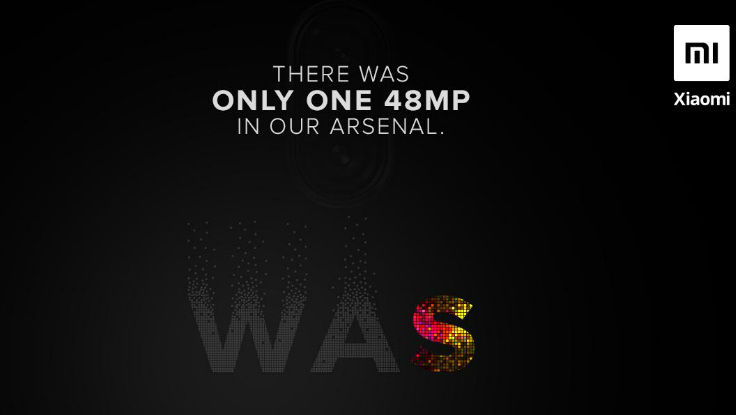 Xiaomi revealed this information on its official Twitter account while celebrating 2 million sales of the Redmi Note 7 series in two months since its launch.

Xiaomi is reportedly working on a new smartphone that will be powered by the latest Qualcomm Snapdragon 700 series. Now, the company has confirmed that the phone will be equipped with a 48-megapixel sensor. The brand has further revealed that the upcoming smartphone will fall under company’s new S-series.

Redmi India revealed this news on its official Twitter handle. The tweet reads, “An all-new #Redmi with a new 48MP Super camera is coming.” The company has posted an image that shows that it might introduce a new S series of smartphones, probably with Redmi S moniker.

Previously, Xiaomi revealed the information of the upcoming 48MP equipped smartphone on its official Twitter handle, while celebrating 2 million sales of the Redmi Note 7 series in two months since its launch. The tweet mentions, “Now it’s time to gear up for a new #48MP!” This confirms that the upcoming phone from Xiaomi will be second, after Redmi Note 7 Pro, to feature a 48-megapixel sensor.

Interestingly, the phone previously revealed that the phone will feature a triple-camera setup. We now know that one of the sensors will be indeed 48-megapixel, which could be similar to what we have seen in Redmi Note 7 Pro. The brand might introduce a telephoto or wide-angle lens as the secondary sensor, while the third sensor could be a depth sensor.

However, it is known what the brand is planning to launch, many speculate it to be next-generation Mi A3 and Mi A3 Lite smartphones. The phones are said to be powered by Snapdragon 7XX series chipset and almost with the same specs. On the software front, the Mi A3 and the Mi A3 Lite are tipped to run the stock version of Android 9 Pie OS. Other expected specs of the Mi A3 series of phones are 32MP selfie camera, in-screen fingerprint sensor, among other things.