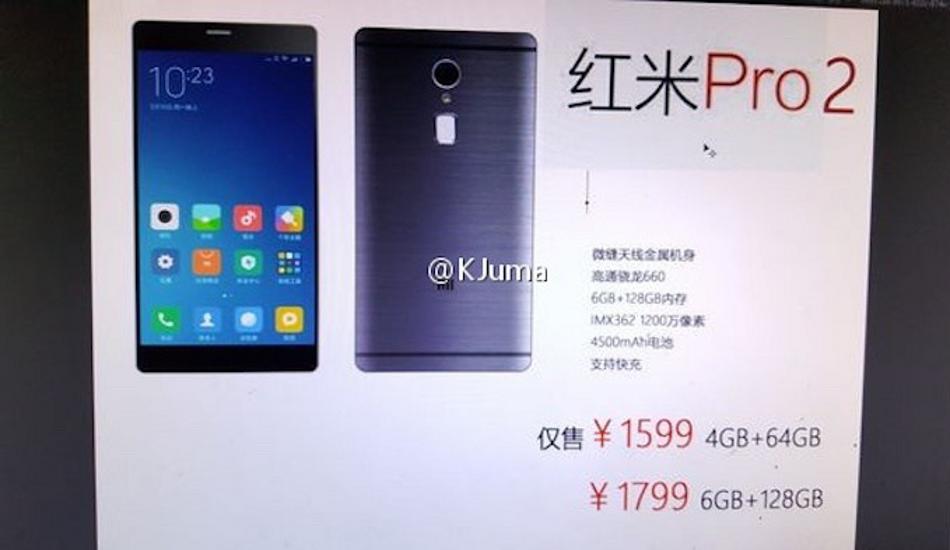 Redmi Pro 2 will feature a 6.39-inches display which might have FHD+ resolution.

As per the leaked specs, the alleged Redmi Pro 2 will feature a 6.39-inches display which might have FHD+ resolution. It is mentioned that the display will have a Gorilla Glass 5 protection and an in-display fingerprint sensor. From the image, it looks like the Redmi Pro 2 has thin bezels on the sides but the bottom chin is quite large.

The phone will not feature any notch and will have a 20-megapixel pop-up selfie camera. It will have a triple camera setup with a 48MP primary sensor, but there’s no word regarding its other two sensors at the moment.

It is said to pack in a 3,600mAh battery and has support for 27W fast charging. It is also said to come with the IR blaster. Lastly, the leak indicates that the handset will be available in black, red, and blue colour options. The leak has no information on the launch date and pricing of the Redmi Pro 2.

As per earlier leaks, the Redmi K20 would come with 6.39-inch Full AMOLED display and will be powered by a Qualcomm Snapdragon 855 SOC alongside 8GB of RAM and 128GB of internal storage. The smartphone might house three rear cameras with 48MP Sony’s IMX586 super wide-angle primary sensor, an 8MP secondary sensor, and 16MP telephoto sensor.