The new update brings a new security patch along with other improvements.

Xiaomi has started rolling out a new update to its Redmi Note 8 Pro in India. The new update brings a new security patch along with other improvements.

The update comes with version number MIUI v11.0.4.0.PGGINXM and it is about 337MB in size. The update brings December 2019 security patch. It also brings fixes that include SMS messages that couldn't be received in various regions in some cases. That said, it is an incremental update and it does not bring any feature apart from the December 2019 security patch. In order to check for the latest updates, users can go Settings > Software Update and download the latest build. 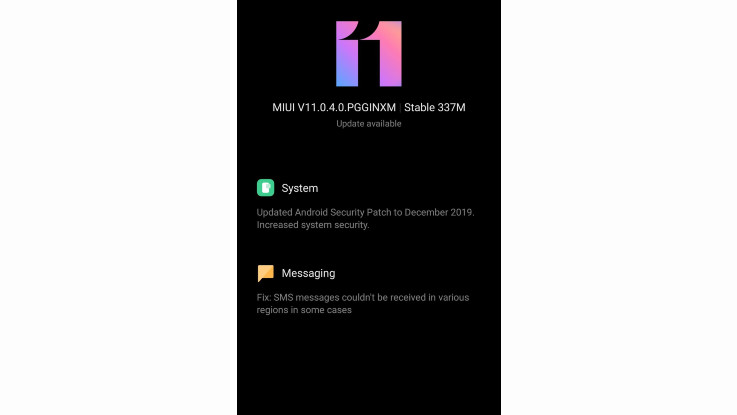 Meanwhile, the company has announced a new colour variant of the Redmi Note 8 Pro in China. The brand has introduced a new Twilight Orange colour option in China and it has also launched a Red colour option for Redmi 8.