Further, in another development, the company officially teased Redmi Note 8 Pro's World Of Warcraft Edition, that will be launched on August 29th along with other above-listed products. Moreover, Lu Yan, company's new media director, posted an image on its Weibo account, showing the final Redmi Note 8 Pro retail box. 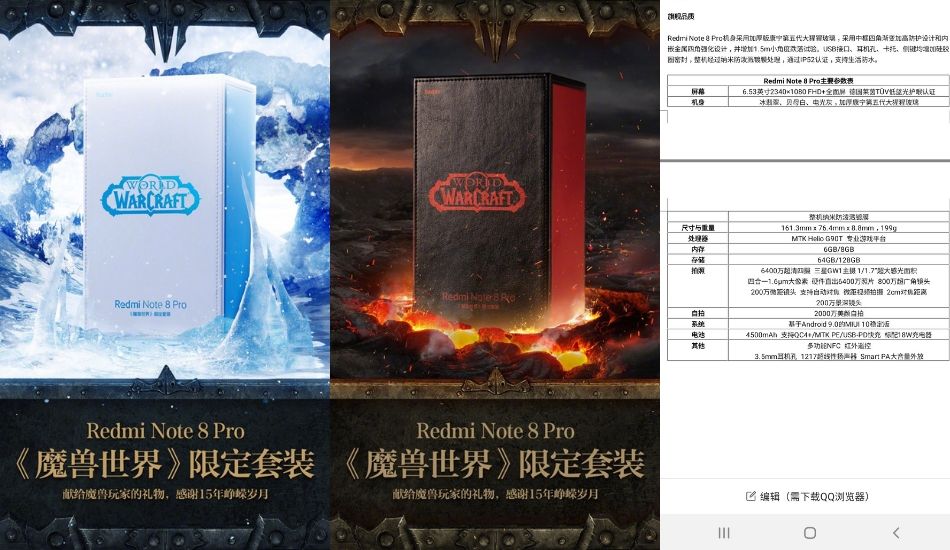 Company has already confirmed that the Redmi Note 8 Pro will have high frame rates, liquid cooling (which achieves a cooling effect of 4 to 6 degrees celsius) feature, 4500mAh battery capacity, network optimisation, smooth touchscreen experience, will come equipped 64-megapixel Samsung ISOCELL GW1 sensor that will offer up to 25x zoom, will support gaming accessories, G90T processor, green variant of the phone, which will be called Ice Jade variant and phone will feature a 3D curved glass design.