Redmi Note 11 Pro and Pro+ will be equipped with a 108-megapixel camera. The series has also been confirmed to come with 3.5mm headphone jack. 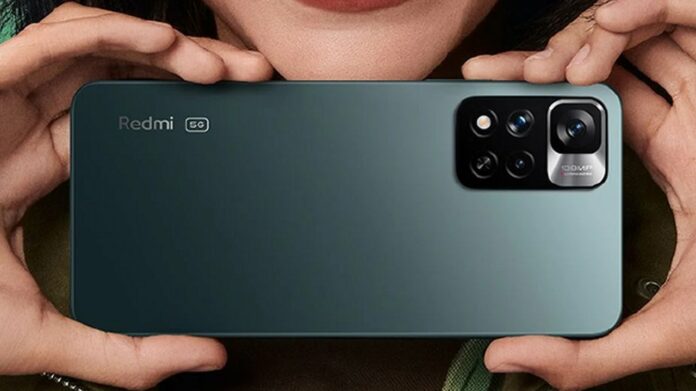 Xiaomi Redmi Note 11 series will be launching on October 28 in China. The series will include phones like Note 11, Note 11 Pro and Note 11 Pro+. Now ahead of launch, camera details have been confirmed.

The company has confirmed that the Pro variants of the series will come equipped with a 108MP main camera. In addition, the smartphone will feature a triple camera system headlined by a 108-megapixel lens.

As per rumours, the Note 11 Pro and Pro+ will be equipped with a 108-megapixel camera. The vanilla Note 11, on the other hand, will feature a dual-camera system with 50-megapixel and 2-megapixel sensors.

Meanwhile, the company has also teased the Shadow Dream Galaxy color variant of the Redmi Note 11 Pro. The phone will also come in Green colour.

Yesterday, it was confirmed that Redmi Note 11 series will support 120W fast charging. Till now, the company has offered 120W charging only on flagship devices. The 120W fast charging is likely to be made available only on the Pro+ model.

It will pack a 4500mAh battery under the hood. Moreover, the series has also been confirmed to come with a 3.5mm headphone jack.

Note 11 Pro+ will be packed with the same specs as Note 11 Pro. However, it may feature a more powerful Dimensity 1200 chip.