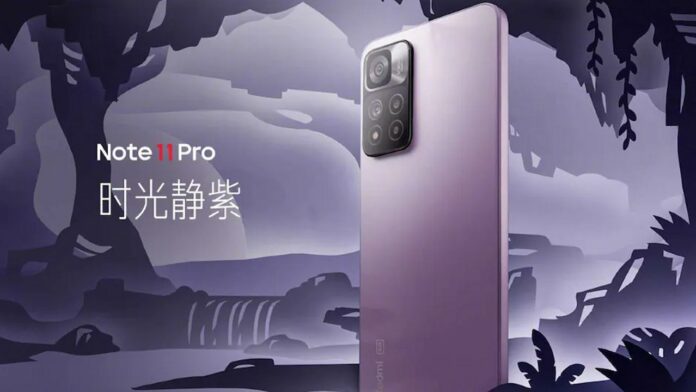 As per tipster Kacper Skrzypek (@kacskrz), Redmi Note 11 Pro and Note 11 Pro+ will launch in India as Xiaomi 11i and Xiaomi 11i HyperCharge. Further, he also revealed that these Redmi smartphones won’t be rebranded for the Global markets. So the change is only for India.

The Redmi Note 11 5G in the Note 11 Pro series is expected to launch as Poco M4 Pro 5G outside China. Poco has already announced that it will unveil a new M-series smartphone globally this month.

Poco M4 Pro 5G will be announced on November 9. The phone will be launched on November 9 at 8pm GMT+8 (5.30pm IST). It will be a virtual launch event and the launch will be live streamed via Twitter, YouTube, and Facebook.

The Note 11 Pro, and the Pro+ phones feature a 6.67-inch AMOLED display with a 120Hz refresh rate, 360Hz touch sampling rate, and a hole-punch at the front. Under the hood, the Redmi Note 11 Pro and Redmi Note 11 Pro+ are powered by an octa-core MediaTek Dimensity 920 SoC paired with up to 8GB of RAM and up to 256GB of storage.

At the rear, the Redmi Note 11 Pro and Redmi Note 11 Pro+ come with a quad camera setup. This setup includes a 108-megapixel f/1.89 primary sensor with dual ISO, an 8-megapixel ultrawide cam with 120-degree FoV, and a 2-megapixel telemacro camera. The front-facing camera has a 16-megapixel sensor.