Redmi Note 10S purple variant will be launching soon in India. Redmi India has shared a couple of teasers confirming the imminent launch. 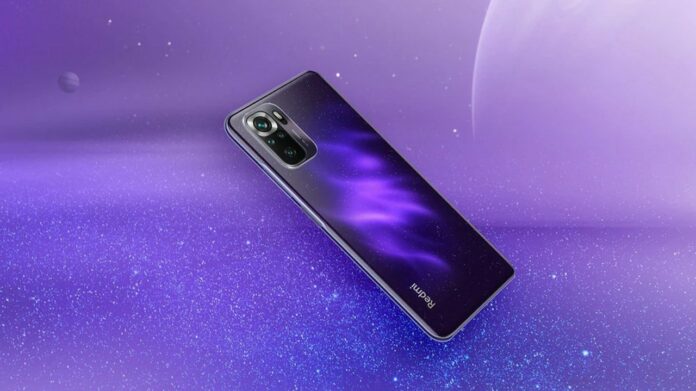 Xiaomi announced the Redmi Note 10S smartphone in India in May this year. It was introduced in three colours such as Shadow Black, Frost White and Deep Sea Blue. The company has now started teasing the purple colour variant confirming its launch in India soon.

Redmi India has shared a couple of teasers on its of on its official Twitter account confirming the imminent launch. A video is shared by the company titled “Paint The Town Purple”. However, the tweet did not reveal the availability of the new colour variant.

It packs a MediaTek Helio G95 SoC paired with Mali-G76 3EEMC4 GPU. The smartphone comes with up to 6GB of RAM and up to 128GB storage which is expandable up to 512GB via MicroSD card. The phone also features IP53-rated dust and water resistance.