Users in India are now starting to receive an update to Android 10 on their Redmi K20 Pro units. The update weighs in at 2.2GB in size and shifts the build number of the device to MIUI v10.4.8 QFKINXM.

Redmi K20 Pro launched in India in July alongside the Redmi K20. While Xiaomi is expected to announce MIUI 11 with Android 10 later today, the Redmi K20 is now getting an update to Android 10, but it will be based on MIUI 10.

Users in India are now starting to receive an update to Android 10 on their Redmi K20 Pro units, reports GSMArena. The update weighs in at 2.2GB in size and shifts the build number of the device to MIUI v10.4.8 QFKINXM. The changelog mentions that the update brings ‘Stable MIUI based on Android 10’, 32-bit app force close will happen less frequently and fixed fullscreen gestures. 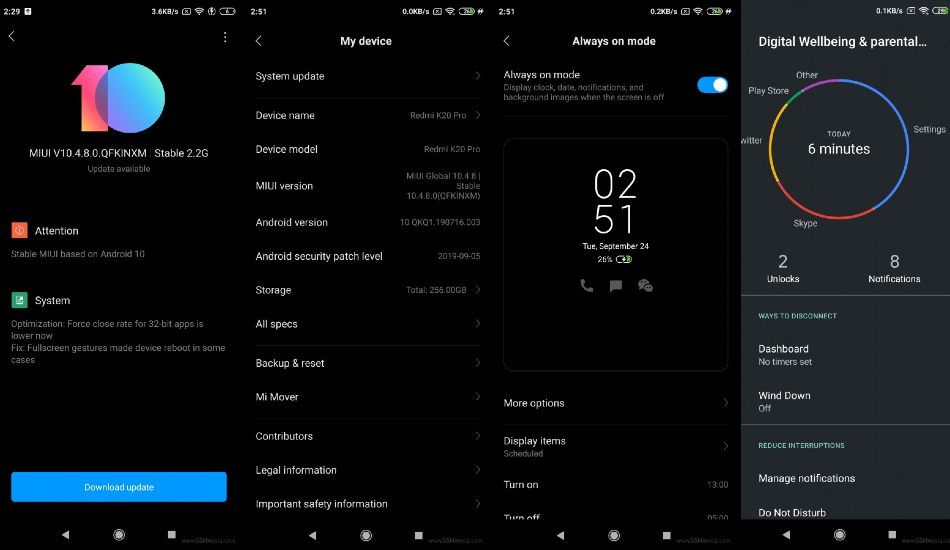 To check for the update manually on your Redmi K20 Pro, had over to the Settings app and tap on ‘About Phone’. From there, click on ’System update’ and check for updates by clicking at the button at the bottom.

The Redmi K20 Pro will be available for a starting price of Rs 24,999 for the base 6GB+128GB model during the Big Billion Days sale on Flipkart. The 8GB+256GB version can also be expected to get a similar treatment and could start for Rs 27,999. The limited-time discounts will be applicable across all colour variants of the Redmi K20 Pro including the new Pearl White Colour Option.