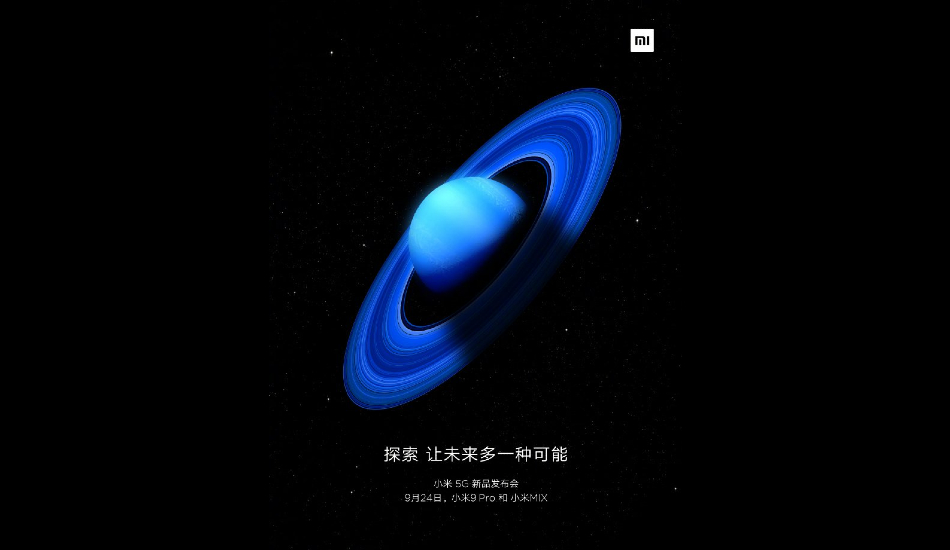 Xiaomi has confirmed that it's hosting an event on September 24. During the event, the company will launch the Mi 9 Pro 5G, Mi MIX 5G, a Mi TV and MIUI 11.

As was previously rumoured, Xiaomi is hosting an event on September 24 to launch two new smartphones as well as its upcoming Android 10-based software and a new Mi TV. The company has confirmed that it will launch the Mi 9 Pro 5G, Mi MIX 5G, a Mi TV and MIUI 11 on September 24.

The news comes directly from Xiaomi who confirmed on Weibo that the company hosting an event on September 24. In the official post, Xiaomi disclosed that there will be two 5G-enabled smartphones – Mi 9 Pro 5G and Mi MIX 5G, a new Mi TV and MIUI 11 operating system. The company also confirmed the same on Twitter. 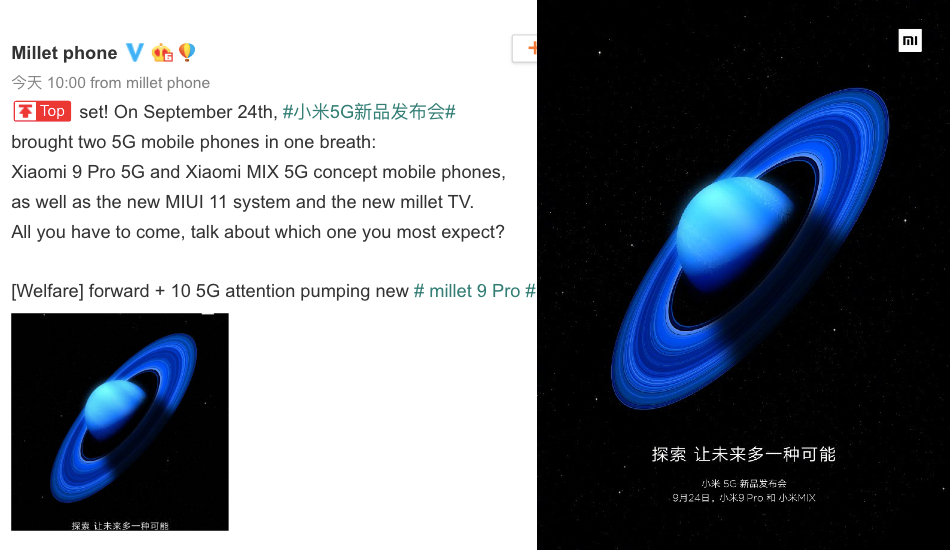 Previous rumours indicate that the next Mi MIX will feature the world’s first 108MP sensor manufactured by Samsung. The 108-megapixel camera will be accompanied by a 16-megapixel ultra-wide lens and 12-megapixel periscope camera, probably capable of 5x optical zoom. The phone will come in 4G and 5G versions. It is expected to be powered by Snapdragon 855+ processor coupled with up to 12GB RAM. The phone will feature reverse wireless charging and will run MIUI 11 based on Android 10.

The upcoming Mi TV is expected to come with 8K resolution and premium feature, keeping in mind that Xiaomi’s competitor OnePlus is launching its Smart TV later this month.