This will be the second brand under Xiaomi to join the gaming phones race as Black Shark is already operating in the territory with their latest Black Shark 4 series. After launching the Redmi K40 series earlier this year in China, this will be Redmi’s second flagship phone for the year.

The new gaming phone by Redmi will also promote the ultimate cost-effective game flagship and the brand also officially signed a strategic cooperation agreement with Call of Duty Mobile Games for the launch of the phone. 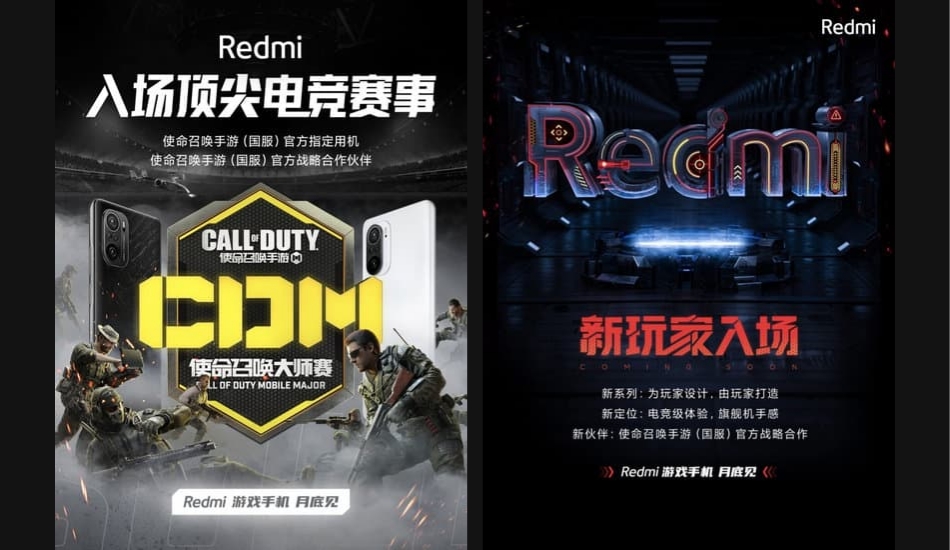 As per a recent leak from Digital Chat Station on Weibo, a new MediaTek Dimensity 1200-powered smartphone will be released in the middle or the end of this month which is now being expected to be the Redmi gaming phone. Reports have also suggested that the phone is codenamed Ares internally and carries the model number model number “M2104K10C”.

The Redmi gaming phone will reportedly sport a quad rear camera setup, which will include a primary Sony IMX686 sensor with 64-megapixel resolution. It could be backed by a 5000mAh battery and could sport a Samsung E4 AMOLED display like most other gaming phones in the market.

To compete with the big players such as Asus ROG Phone 5, Lenovo Legion Duel 2, etc, the phone should come with a 144Hz refresh rate panel, 65W fast charging support, dual stereo camera setup along with a bunch of gaming-centric features built into the software