Redmi 8A confirmed to launch in India on September 25 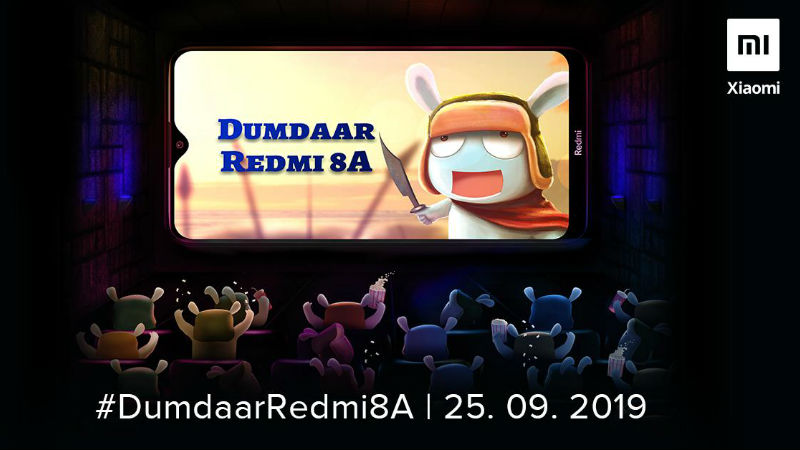 Redmi 8A will come with a waterdrop notch display.

Xiaomi launched the Redmi 7A smartphone in India in July this year. Now after around two months, the company has confirmed that it will launch the entry-level Redmi 8A smartphone on September 25 in India. The phone will be available on Flipkart after it launches in India.

The launch date has been announced by the Chinese company on Twitter today. Xiaomi India Managing Director and Global VP Manu Jain said in a Twitter post, “Mi fans, India’s best-selling smartphones, the Redmi A series, is coming to create waves yet again. This time around, we’ve made it all the more dumdaar. Get ready for #Dumdaar #Redmi8A on 25th September. Guess its dumdaar features! #Xiaomi #DumdaarRedmi8A.”

The Redmi 8A was spotted on TENAA last week which revealed the full spec-sheet of the upcoming smartphone. The successor to the Redmi 7A is expected to feature a 6.2-inch HD+ Dot notch display with a resolution of 1520 × 720 pixels. It will be powered by a 2.0GHz Octa-core processor and will be available in 2GB+16GB, 3GB+32GB and 4GB+64GB configurations. The device will also support expandable storage of up to 512GB through a microSD card.

The device will be loaded with a single 12-megapixel rear camera with an LED flash and an 8-megapixel sensor on the front for selfies. The Redmi 8A will run on Android 9 Pie with MIUI 10 on top and is expected to come with a 5,000mAh battery.