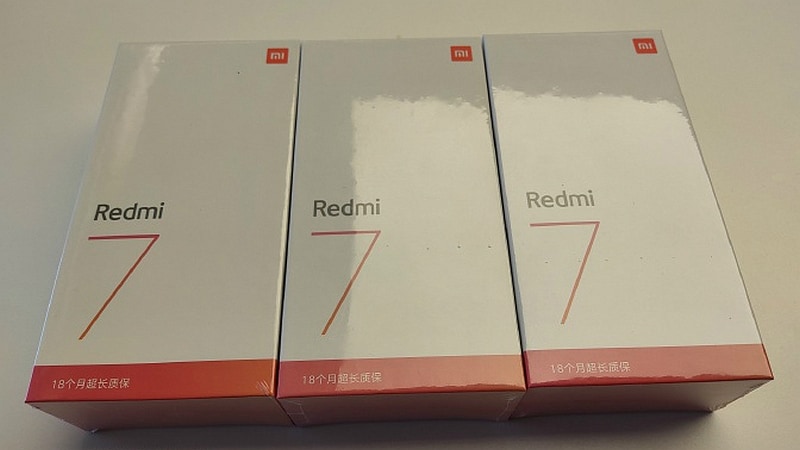 The large battery capacity is claimed to deliver 15 days of standby time on a single charge.

Xiaomi will be launching Redmi 7 on March 18 in China. Now the battery capacity of Redmi 7 has been confirmed by the company itself.

The Redmi on its official Weibo account has confirmed that Redmi 7 will feature a 4000mAh battery. Furthermore, the large battery capacity is claimed to deliver 15 days of standby time on a single charge. 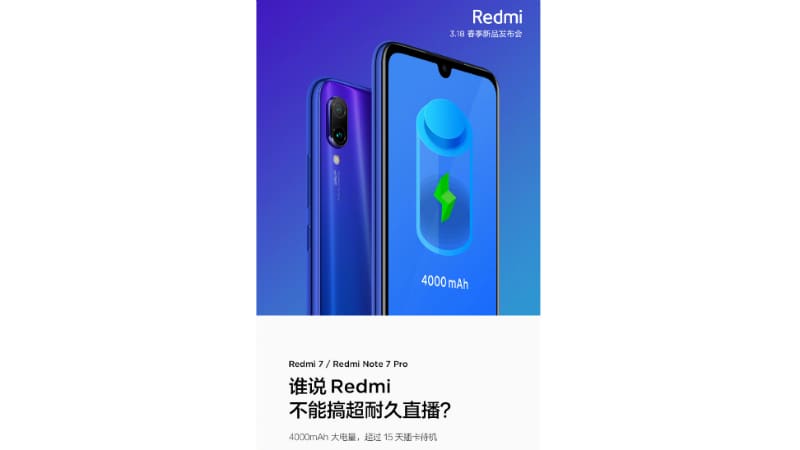 Meanwhile, a retail box of the Redmi 7 has also been teased by Redmi General Manager Lu Weibing. However, the retail box does not show any information on Redmi 7. It is likely that the company is ready to start the sale of the phone along with Redmi Note 7 Pro. Xiaomi will also be launching Redmi Note 7 Pro in China on March 18, which was launched in India last month.

Previously, the phone was listed on the Chinese certification website TENAA, revealing its major specifications. The device is equipped with a 6.26-inch HD+ display with 1520 x 720 resolution. It is powered by a 1.8GHz octa-core processor. The phone will come in three configurations – 2GB RAM with 16GB storage, 3GB RAM with 32GB storage, and 4GB RAM with 64GB storage. All variants will have support for storage expansion.

For the camera department, the Redmi 7 will feature a dual camera setup with one sensor of 12-megapixel. The listing did not reveal the specification of the secondary rear camera. The phone will have a selfie camera of 8-megapixel.