Realme Watch T1 has been confirmed to launch in China on October 19. The Watch T1 could have support for high refresh rate display. 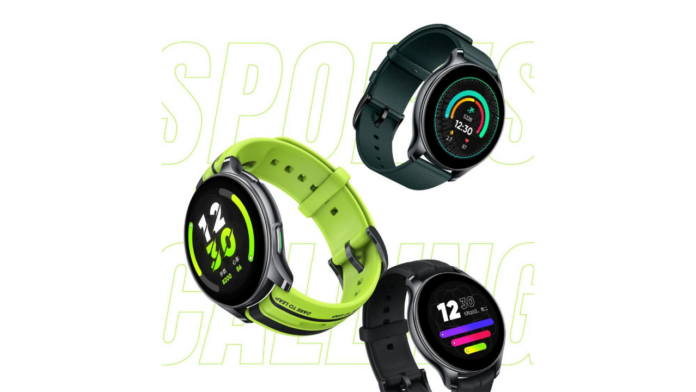 Realme is all set to unveil a new smartwatch in China, called the Realme Watch T1. Alongside the smartwatch, a couple of smartphones are also expected to be launched. These two models include the Realme Q3s and the Realme GT Neo 2T.

Realme took to Weibo to announce the all new Watch T1. The launch poster has revealed the design of the smartwatch, as well as the colours it will be arriving in. There’s a dark green colour, a neon green that looks similar to the recently launched Realme GT Neo 2 colour, and a black colour as well.

The design overall looks similar to the OnePlus Watch. There Watch will flaunt a round dial and will have two buttons one of the sides. The strap seems to be made of rubber material.

Apart from that, rumours suggest that it will have a stainless-steel frame with support for high refresh rate. Furthermore, the watch should also support voice calls through Bluetooth. It is also said to pack three chips inside, however the purpose of each chip is yet to be confirmed.