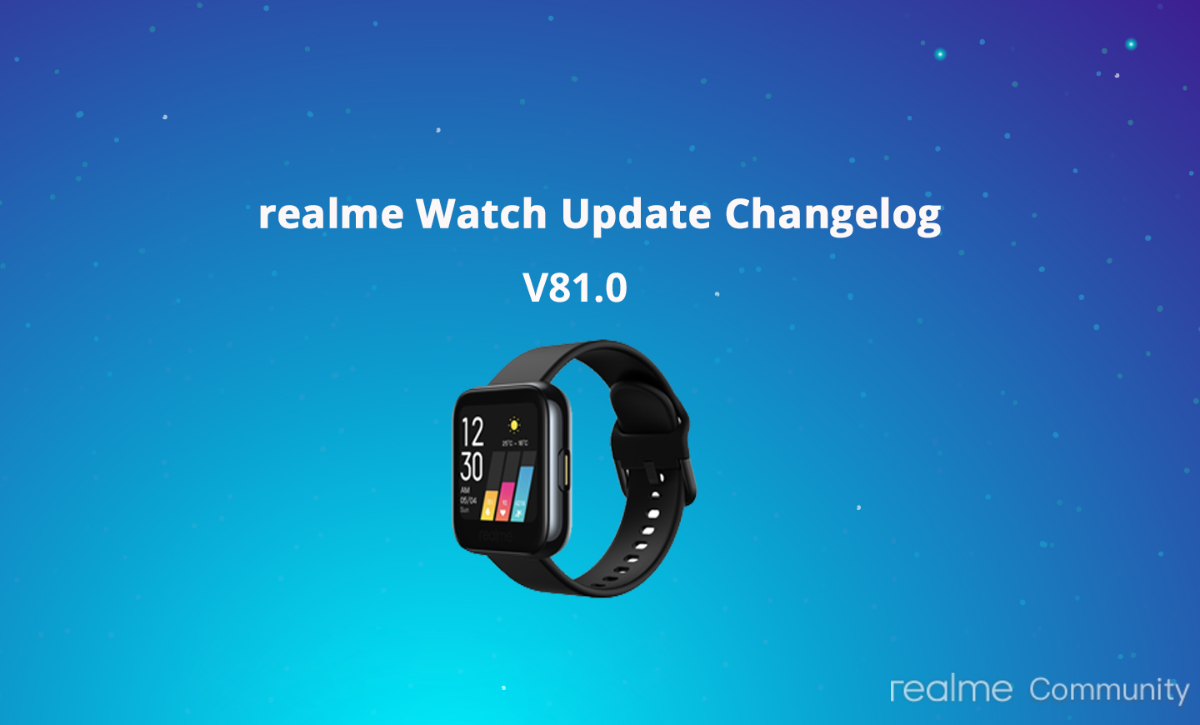 Further, the update adds the function of turning off the screen. It also upgrades the existing Do Not Disturb mode with a time period setting. This means you can schedule the Do Not Disturb mode at a particular point of time automatically. The update also fixed known issues on the Realme Watch.

Realme notes that after this update, it is recommended to use Realme Watch after it is fully charged to have a better battery life experience.

This update is rolling out over the air and you can install it on your Realme Watch through the Realme Link app only (App Version:1.1.94). You have to keep Bluetooth and Watch connected with the phone. You can manually check for the update by going to the Device upgrade option in Realme Watch settings inside the app.

You can check the full changelog of the update below:

3. Added the function of turning off the screen

To recall, Realme Watch comes with a larger 1.4-inch touch screen with 323ppi pixel density, 320 x 320-pixel resolution and 380nits brightness. It features 14 sports modes including Cricket, outdoor cycle, strength training, Yoga, Basketball, badminton, Elliptical and more. It supports Bluetooth 5.0 to connect to Android 5.0+ devices with realme Link app. The smartwatch comes with 12 built-in watch faces and the company will add 100+ watch faces via a future OTA update. The 160mAh battery promises up to 9 days of battery life. The smartwatch is loaded with IP68 certification making it water and dust resistance.