Realme U1 goes on sale with up to Rs 1,500 instant discount 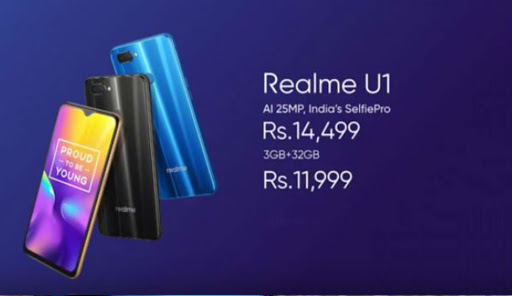 Oppo’s sub-brand Realme has announced Rs 1,500 instant discount for its Realme U1 smartphone. The discounts are available from December 21, 2018, to January 2, 2019, on Amazon India.

The announcement came through the company’s official Twitter handle. The HDFC Bank debit and credit card users can avail Realme U1 3GB variant at a discount of Rs 1,500 on Amazon India starting from Dec 21 to Jan 2. EMI transactions are also included in the offer.

Recollecting some specs, the Realme U1 comes with 6.3-inch Full HD+ dewdrop display with a screen resolution of 2340 x 1080 pixels and an aspect ratio of 19.5:9. It has MediaTek Helio P70 2.1GHz octa-core processor and ARM G72 GPU. The phone features a fingerprint sensor at the back with an AI Face Unlock feature as well.