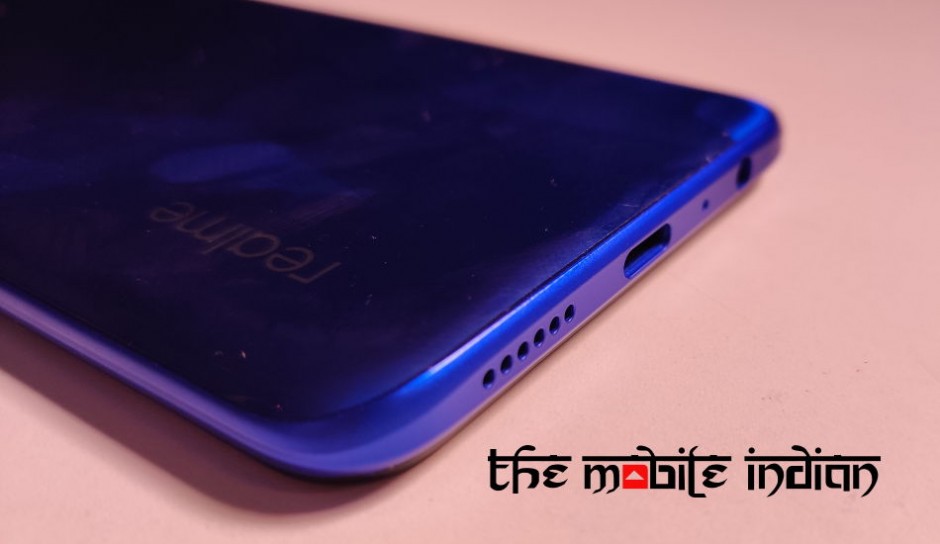 Upcoming Realme smartphone will be cheaper than the OnePlus 7.

Realme has announced that it will soon launch a phone with a 90Hz display in the near future. The development comes straight from Realme’s product manager Wang Derek who took to Weibo to confirm that the company’s 90Hz display smartphone.

The 90Hz refresh rate display allows for a smoother scrolling experience than the 60Hz displays found on most phones. Derek did not reveal any specifications of this upcoming device but said that it will be cheaper than the OnePlus 7. It is believed that this Realme phone is a Pro version of the Realme XT. 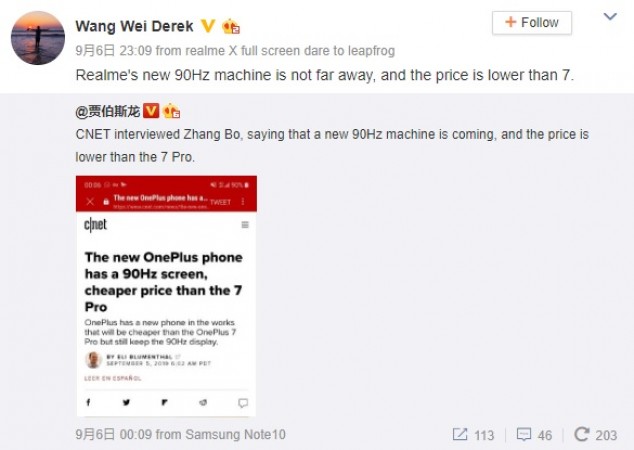 As per rumours, Realme XT Pro will feature a 6.4-inch full-HD+ AMOLED notched display. The phone is said to be powered by octa-core Qualcomm Snapdragon 730G SoC coupled with 8GB RAM and 128GB storage. The phone will feature NFC and in-display fingerprint sensor.

The upcoming Realme phone will have a rear quad camera setup with 64-megapixel primary sensor, an 8-megapixel ultra-wide camera, 2-megapixel macro shooter, and 2-megapixel depth. For the front, it will have a 32-megapixel selfie camera. Shooter. It will be fueled by 4,000mAh battery with 30W fast charging support.

Meanwhile, Oppo Vice President, Brian Shen also hinted on Weibo about features of a new Reno phone which is believed to be the successor to the Reno 10x Zoom. In the post, he is referring to a 90Hz screen in the upcoming smartphone.

Recently, it was revealed that one of the devices out of OnePlus 7T and OnePlus 7T Pro which is likely to be the OnePlus 7T will feature a 90Hz display refresh rate. This is a feature that appears on the OnePlus 7 Pro as well.