Realme Quicksilver in works, to be powered by the Snapdragon 778G 5G SoC 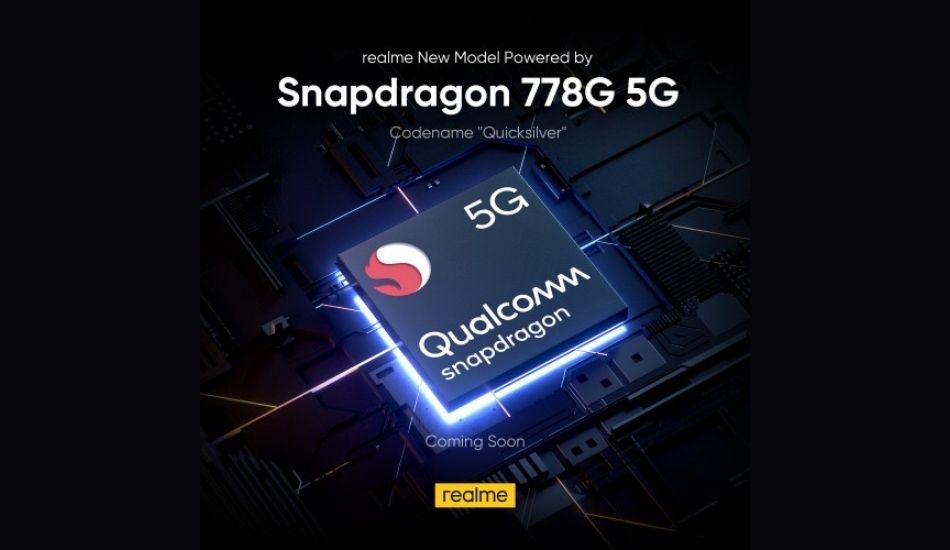 Realme is reportedly working on a smartphone that will equip the newly unveiled Qualcomm Snapdragon 778G processor. The development was revealed officially by the company a while after the processor was announced.

The Qualcomm Snapdragon 778G chipset is set to power the premium mid-range smartphones from brands like Realme, Xiaomi, Motorola, OPPO, and iQOO, among others. Although Realme didn’t provide any specific information about the specs of the phone, it did say that the device will have a GT Mode and a new cooling system to offer a “leap-forward performance” to its users.

With the looks of it, it seems like the smartphone will focus on gaming in the mid-segment. The company is currently calling the phone by its codename which is ‘Quicksilver’.

“This is a milestone both for Realme and our users. Realme is working towards being a democratiser of next-gen 5G technology unlocking the potential of 5G to deliver exciting new experiences for consumers globally”, said Madhav Sheth, CEO of Realme India and Europe.

“Realme has worked closely with Qualcomm on a variety of successful products, earlier this year, Realme GT was one of the first devices equipped with SDM888 and we are again proud to be among the first brands to bring smartphones equipped with the Qualcomm Snapdragon 778 5G chipset. The chipset will improve the performance of smartphones and will provide advanced gaming capabilities”, he added.