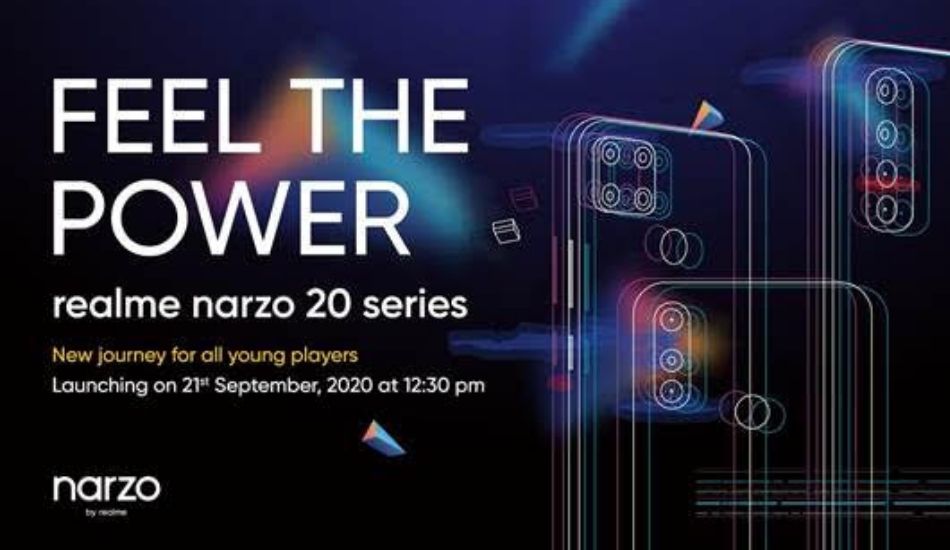 Realme Narzo 20 series is going to be lauched in India on September 21. The company has shared a media invite for the same.

Read more:Realme 7 Pro sale to be held today for the first time at 12 PM

It may be recalled, Realme has recently anounced an Android 11 preview release program for Realme X50 Pro smartphone. Realme is amongst the first to make Android 11 Preview release available.

Read more:How to get Android 11 Preview on Realme X50 Pro?

Android 11 provides users with an easier way to manage conversations, connected devices, privacy, and much more. By taking some additional steps to protect user privacy, and bringing several improvements such as network optimization and a deeper adaptation to a diverse range of devices, Android 11 is bound to improve the user experience.

On June 10, Google released the Android 11 Beta 1 and post that Realme said that they were actively working to bring the Android 11 Developer Preview Program to Realme X50 Pro which was made available to developers through the Realme Community.