How to get Android 11 Preview on Realme X50 Pro?

Android 11 Beta for Realme X50 Pro users has been officially announced on September 8 in Realme Community. Users can enjoy the latest developments and features beforehand

So if you are wondering about is new in Android 11, It will provide users with an easier way to manage conversations, privacy and connected devices. It is expected to bring several improvements such as network optimization and much more.

If you are scratching your brain and thinking how to get it on X50 Pro, we have a step by step guide to making you aware of the process.

To get started, Realme X50 Pro users need to update to the latest OS version ( RMX2076PU_11.A.35)  and keep in mind that the battery charge is more than 50 percent. Otherwise, your phone might become dysfunctional during the setup. 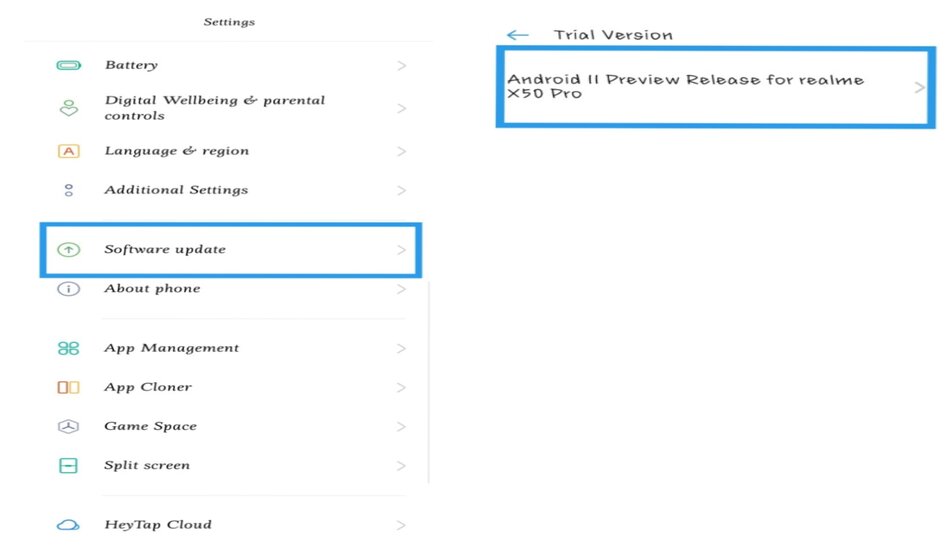 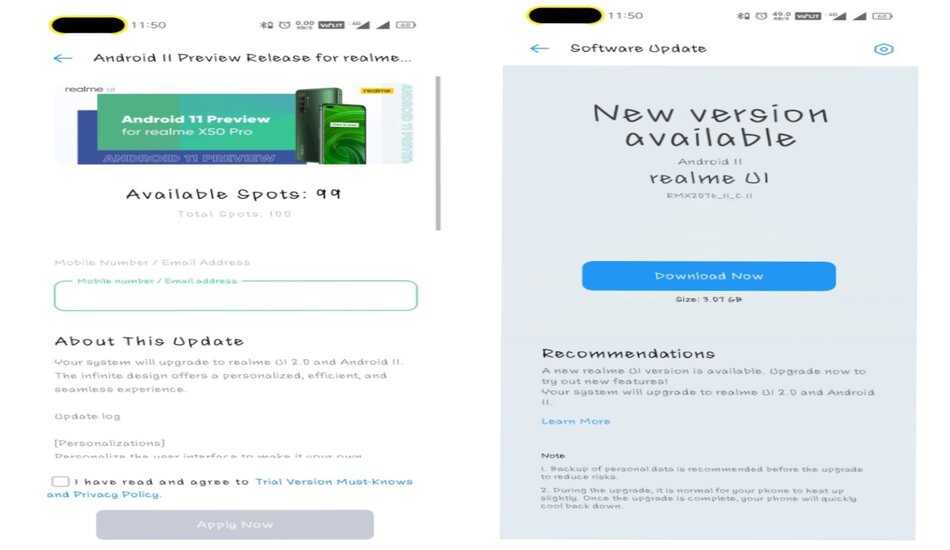 After update realme 2.0 will be visible

Android 11 Preview on Realme X50 Pro: Things to be kept in mind

Realme Race key specifications tipped, to have a 5000mAh battery