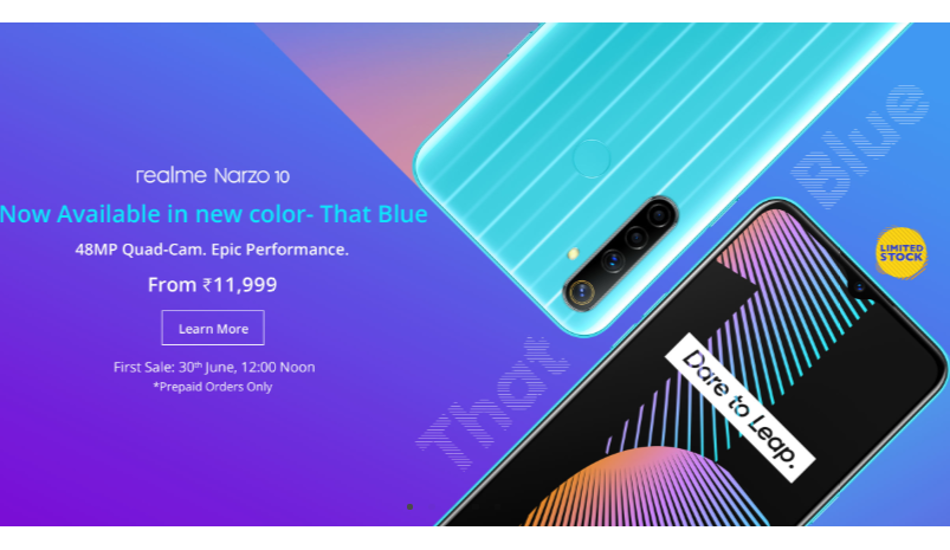 Realme Narzo 10 comes in a single variant with 4GB RAM with 128GB storage priced at Rs 11,999. It is now listed on Flipkart with ‘Coming Soon’ tag.

The Realme Narzo 10 features a 6.5-inch HD+ mini-drop display with 1600 x 720 pixels resolution, 89.8% screen-to-body ratio, Corning Gorilla Glass 3+ protection and 20:9 aspect ratio. It is backed up by 5000mAh battery with 18W quick charge. The smartphone runs on Realme UI based on Android 10. It has 4GB RAM, 128GB storage and expandable memory up to 256GB with microSD card slot.