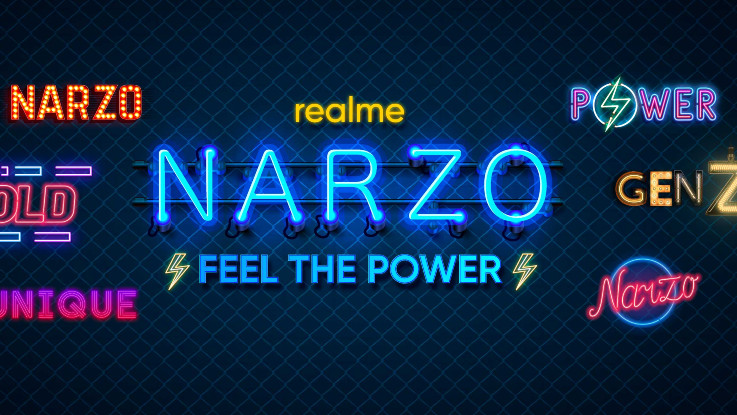 Realme Narzo 10 series will be available on Flipkart after launch. T

Realme is finally all set to launch its Narzo 10 and Narzo 10A phones today in India. The phones were expected to launch in March in India was delayed due to the coronavirus lockdowns.

The Realme Narzo 10 and Realme Narzo 10A launch event will begin at 12.30pm IST, and will be streamed online on YouTube. Realme already announced that it is a pre-recorded launch video which was recorded before the lockdown. The live stream can be watched below.

Realme Narzo 10 series will be available on Flipkart after launch. The government has now allowed selling of non-essential goods in green and orange zones in the country.

Realme Narzo 10 and Realme Narzo 10A is said to be a rebranded version of Realme 6i and Realme C3 (Indonesia version). Both the smartphones will come gaming-centric chipsets along with 5000mAh battery with Quick charge support. The battery will deliver up to 39 days of standby time.

As per leaks, Realme Nazro 10 may feature a 6.5-inch HD+ (720×1,600 pixels) display with a waterdrop notch design. It will reportedly come with an 89.8 per cent of screen-to-body ratio. The upcoming smartphone will be powered by a MediaTek Helio G80 processor coupled with upto 4GB RAM and 128GB internal storage. It will reportedly feature a quad-camera setup with a 48-megapixel primary shooter, an 8-megapixel ultra-wide-angle camera, a monochrome sensor and a macro camera. The front camera, on the other hand, is believed to be a 16-megapixel shooter.

The Realme Narzo 10A, on the other hand, will be loaded with a triple-camera setup with 12-megapixel main shooter, and 5-megapixel selfie camera. It is said to a 6.5-inch HD+ screen with a waterdrop-style notch. It might be powered by MediaTek Helio G70 SoC and a 5,000mAh battery. For the pricing, the series could be launched under Rs 15,000 in India.