Realme GT Neo2 render has been leaked in a Blue colour variant. The phone is expected to launch later this month. 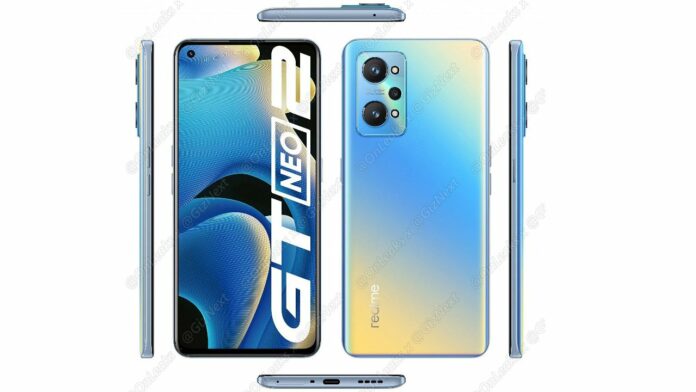 Realme’s recently officially confirmed the fact that the GT Neo2 is on its way. But an exact launch date has not been announced. Now an official render has been leaked before launch.

Tipster Steve Hemmerstoffer in collaboration with GizNext to share a leaked render of the upcoming Realme smartphone. As per the render, Realme GT Neo2 will come with a punch-hole design. For the camera, the phone is equipped with a triple rear camera setup with 64-megapixel primary sensor. In addition, there is a pair of LED flashlights as well.

The render shows that the phone will come in a Blue colour variant. However, the phone is also said to come in Black colour. The right edge of the phone shows a power key. The left side has volume rocker buttons. At the top, there is a microphone, and the bottom edge has a SIM card slot, a microphone, a USB-C port, and a speaker grille.

The phone has also been spotted on China’s 3C certification site with model number RMX3370. It reveals 65W fast charging support and 5G connectivity. Also Realme and Mercedes-AMG could be partnering together to bring a special edition for the Realme GT Neo 2. The smartphone could get a Green colour.

Tipster Abhishek Yadav has also leaked the specs of the upcoming phone. The specs are inline with the earlier leaked specs.

The Realme GT Neo2 is said to come with a 6.62-inch FHD+ display with a refresh rate of up to 120Hz. Further, the smartphone would also feature an in-display fingerprint sensor for security. Further, it will be powered by the Snapdragon 870 SoC. Moreover, there should be 8GB of RAM and 128GB of storage.

More variants should be available at the time of launch. It should run Android 11 with Realme UI 2.0 on top. A 64MP primary sensor should headline the triple camera setup on the back. The other two sensors could be an 8MP ultra-wide angle and a 2MP macro camera. A 5,000mAh battery will back it with support for fast charging.

This very same smartphone could arrive as Realme GT Neo Gaming in other regions. The leak comes from a tipster on Twitter, as per which the GT Neo Gaming will have a gaming design. He even revealed a poster for the smartphone, which shows a similar design to the leaked GT Neo2 but with RGB lights in the camera array. 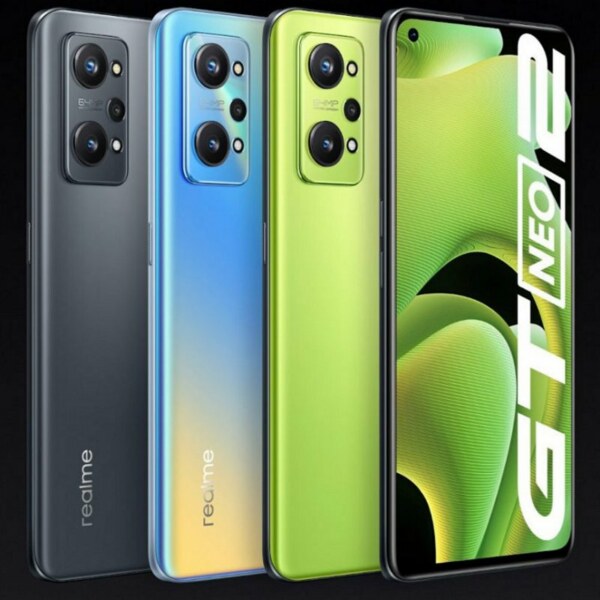