Realme GT Neo2 design and specifications have now been leaked, as per which, the device should come with Snapdragon 870 SoC. 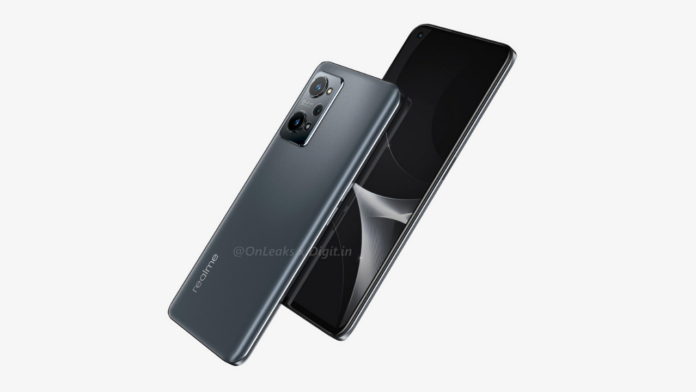 Realme came up with the GT Neo smartphone earlier this year in China. It came as the Realme X7 Max in India and it seems like the company is working on the successor to the smartphone. The Realme GT Neo2 has now been spotted via a new leak.

The leak comes from Digit in collaboration with OnLeaks. The design leak is based on the pre-production unit of the smartphone. The Realme GT Neo2 seems to feature a premium body with minimal bezels on the front. Furthermore, the speaker grille and USB Type C port can be seen on the bottom.

The left side sports the volume rocker, while the power button is on the right edge. In addition, the publication mentions that the phone will be lightweight and slim. However, the exact dimensions of the smartphone weren’t shared.

Read More: These Realme phones will get the Virtual RAM feature via OTA

More variants should be available at the time of launch. It could be running Android 11 based on Realme UI 2.0. The triple camera setup on the back should be headlined by a 64MP primary sensor. The other two sensors could be an 8MP ultra-wide angle and a 2MP macro camera. It will be backed by a 5,000mAh battery with support for fast charging.