A Thor Love and Thunder edition of a Realme smartphone is incoming. 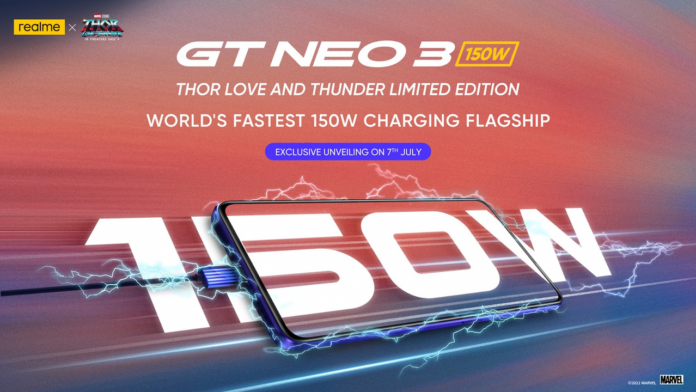 A special edition Realme GT Neo 3 was long expected from the brand and it has finally announced that the Marvel edition of the smartphone is coming to India next month. The Chinese brand has collaborated with Marvel Studios’ upcoming movie ’Thor: Love and Thunder’ to launch the new special edition of its smartphone.

Realme says that it is bringing the Realme GT Neo 3 150W thor love and thunder limited edition on July 7, 2022 in collaboration with Marvel Studios. The movie itself is releasing in India on the same date. Further, the teaser confirms that the smartphone will have support for 150W fast charging, same as the original GT Neo 3 that debuted in India back in April. One of the recent reports from Appuals also says this phone will be available in the Nitro Blue colour option and a 12GB+256GB storage configuration.