Realme GT 5G to be cheapest Snapdragon 888 phone in India

Realme GT 5G could be the most affordable Snapdragon 888 powered smartphone in India. The phone will be available on Flipkart after launch. 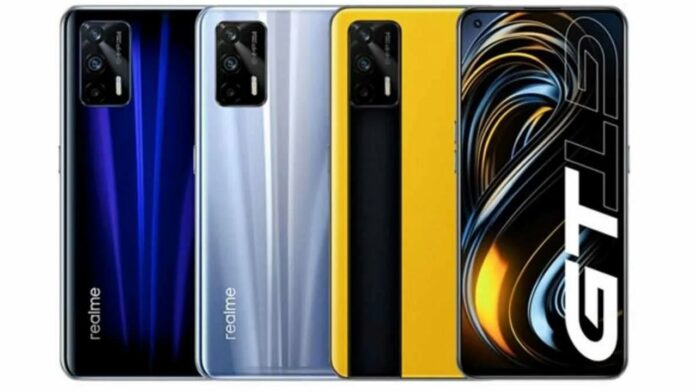 The Realme GT along with GT Master Edition will be launching in India on August 18th. Now ahead of its launch, Realme GT has been teased to be most affordable Snapdragon 888 phone in India.

Realme CEO Madhav Sheth in a Twitter post has revealed that the upcoming Realme GT 5G could be the cheapest Snapdragon 888 smartphone in India. As per him, the phone will arrive in India at a never-seen-before price. Earlier reports have claimedg that the device could be priced at around Rs 30,000 in India.

At present, in India we have a bunch of Snapdragon 888 powered smartphones. These include Samsung Galaxy S21 5G series, iQOO 7 Legend 5G, ROG Phone 5 series, OnePlus 9 series, Xiaomi Mi 11X 5G, and Xiaomi Mi 11 Ultra. Among these, the Xiaomi Mi 11X is the most affordable SD888 phone priced at Rs 29,999.

A recent Flipkart listing confirmed that Realme GT will be available on Flipkart after launch. The phone will come in Dashing Silver, Dashing Blue, and Racing Yellow (leather variant) colours.

It is equipped with a triple camera setup with 64-megapixel primary camera with f/1.8 aperture, 8-megapixel ultra-wide-angle lens 119° ultra-wide sensor with f/2.3 aperture and a 2-megapixel macro sensor with f/2.4 aperture. In addition, the Realme GT 5G carries a 16-megapixel front camera for selfies and video calls with f/2.5 aperture.