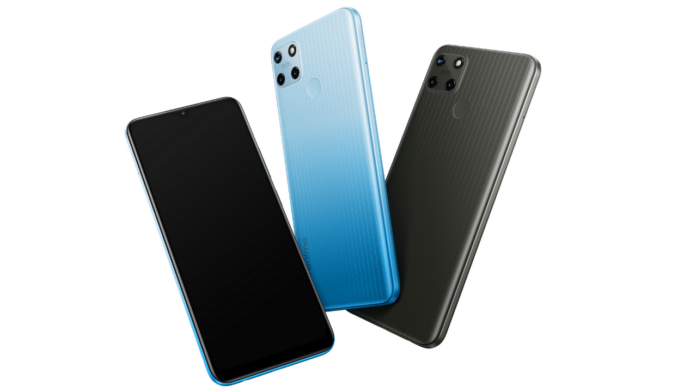 Realme has launched a new C series smartphone in India called the Realme C25Y. The smartphone includes a 5000mAh mega battery that supports an 18W quick charge, a Unisoc T610 processor with an instant fingerprint sensor, an 8MP selfie camera and more.

Realme C25Y will be available in two colours in India – Glacier Blue and Metal Grey. It will have two storage variants, including 4GB+64GB, priced at Rs 10,999 and 4GB+128GB, priced at Rs 11,999. Pre-booking starts from 20th September, 12 noon, while sales start from 27th September, 12 noon. It will be available for purchase at realme.com, Flipkart and Mainline channels.

Realme C25Y features a 6.5-inch HD+ display with 720 x 1600 pixels resolution, 60Hz refresh rate, and a typical brightness of 420 nits. In addition, there is a waterdrop notch on the screen to house an 8-megapixel front camera.

The Unisoc T610 SoC powers the Realme C25Y with 4GB of LPDDR4x RAM and 128GB or 64GB of internal storage. There will also be support for storage expansion via a microSD card.

Realme C25Y packs a 5,000mAh battery with 18W fast charging support. It runs on Realme UI 2.0 based Android 11 OS. In addition, the phone sports a fingerprint sensor on the back panel.

Realme launched the C25s smartphone back in June with an Helio G85 chipset and a 6000mAh battery. It also has a 6.5-inch HD+ display with 720 x 1600 pixels resolution. This one also comes with 4GB RAM.