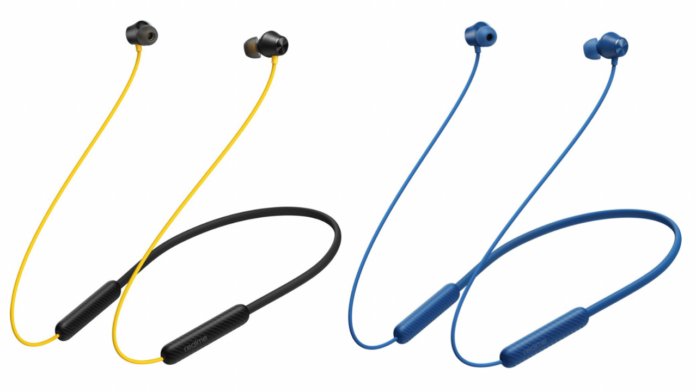 Realme has unveiled a new set of wireless neckband in India called Realme Buds Wireless 2S. The wireless neckband has a 24-hour battery life and features such as fast charging, Bluetooth 5.3 and more. Apart from that, the brand has also revealed the sale date and the price of the neckband.

Realme Buds Wireless 2S is priced at Rs 1,299 and will be sold via Flipkart beginning July 26 at 2PM IST. The neckband is available in two colour options namely Black & Yellow and a Blue colour. The wireless neckband comes with 11.2mm dynamic bass driver and supports AI ENC Noise Cancellation for a clear call experience.

Further, it has Bluetooth 5.3 for wireless connectivity and dual device fast pairing meaning one can seamlessly switch between two devices for music playback. Then there’s support for magnetic instant connection where if you attach the earbuds, they turn off and if you detach them, they power on.

As for battery life, the earbuds are claimed to offer 24 hours of playback time while a 20-minute charge can give you 7 hours of listening time. The Realme Buds Wireless 2S also have in-line remote controls via which one can access the voice assistant as well.

Meanwhile, Realme sub-brand Dizo also launched Wireless Active Neckband in India which also features an 11.2m audio driver based on the Bass Boost+ algorithm. They come with Bluetooth 5.3 for wireless connectivity. For battery life, the company claims that the new Dizo Wireless Active neckband can last up to 23 hours on a full charge.