Realme A1 will be fueled by a massive 4,200mAh battery and it will run Android 8.1 Oreo-based on its customized ColorOS UI.

Oppo's sub-brand Realme is said to be working on its upcoming - Realme A1 budget smartphone. Now the Realme A1 specs and press render have now leaked online.

TrendingLeaks have leaked render and specifications of the Realme A1. The renders show the phone from both front and back panel. As per the leaked render, the smartphone will feature a waterdrop notch featuring the front camera along with the usual array of sensors like proximity and ambient light sensor. At the back, there is a dual camera setup placed in the top-left corner with a LED flash right next to it. There is also a fingerprint scanner placed in the center at the back. 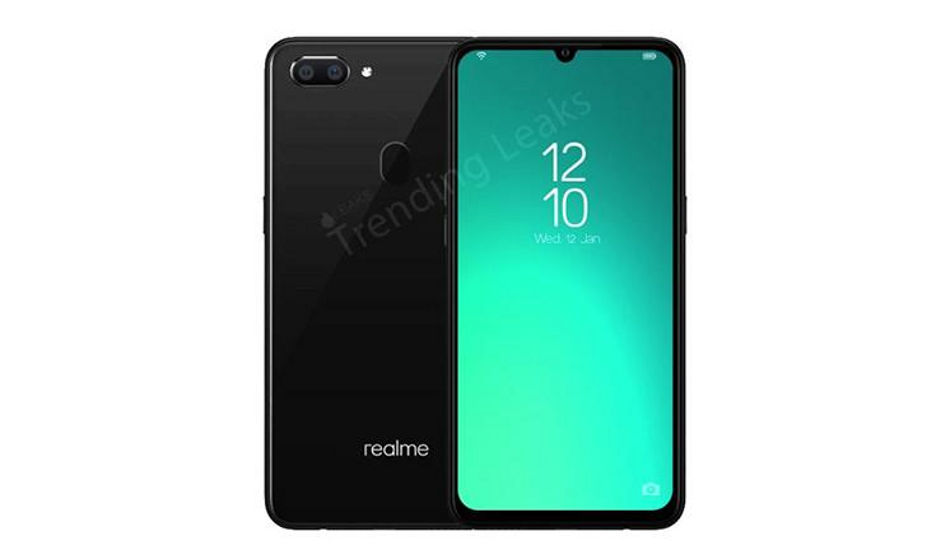 The renders also reveal that the phone will have a power button on the right and the volume rocker button at the left side of the phone. There is also a 3.5 mm headphone jack at the bottom of the phone.

The Realme A1 is most likely to launch in India in the Q1 of 2019 and will be made available in other select markets similar to the Realme U1.

Realme A1 budget smartphone tipped to debut in India soon

This lovely device has amazing specifications which will be powered by mediatek Helio P70 .

Real Me A1 is coming which is powered by latest chipset Helio P70.

A really awesome device which is powered Mediatek Helio P70.

Realme U1 is an incredible device which is P70 Helio chipset. The Realme a1 is also powered by Mediatek Helio P70 along with other improvements and extra features. A must have device!

Realme U1 is an incredible device which is P70 Helio chipset. The Realme a1 is also powered by Mediatek Helio P70 along with other improvements and extra features. A must have device!

This is a lovely divaic has amazing