Realme is planning to launch a new special edition for the Realme 9 Pro+ collaborating with the battle royale game Garena’s Free Fire. 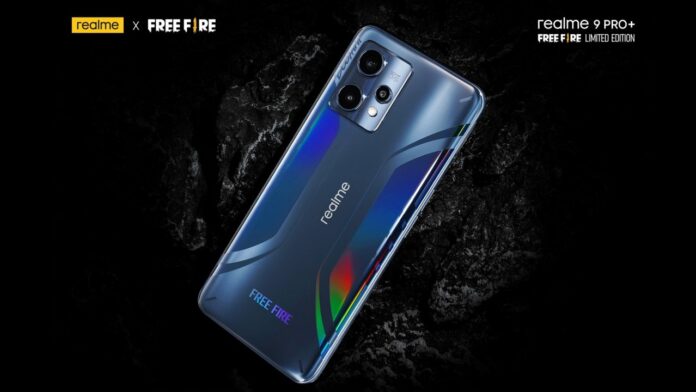 Realme 9 Pro+ will soon have a Free Fire limited edition model collaborating with the popular battle royale game Garena’s Free Fire. The company will launch the Realme 9 Pro+ Limited Edition on the April 12 in Thialand at 2PM local time.

Ahead of the launch, the Realme’s Thai on its social media handles has also revealed the first look of the upcoming phone. As of now, the availability in other regions is not known but recent leaks have hinted that the phone might launch in India as well.

The Realme 9 Pro+ Free Fire Limited Edition will have the company logo center of the back cover. The rear also features the Free Fire logo with a rainbow-like effect.

In addition, the camera setup at the back has the text “Booyah!” written on it at the top left corner. Even the company isbpromoting the Realme 9 Pro+ Free Fire Limited Edition with #DaretoBooyah on social media.