Realme 9 4G is going to be launched in India with two storage options. The phone is said to come in three colour options. 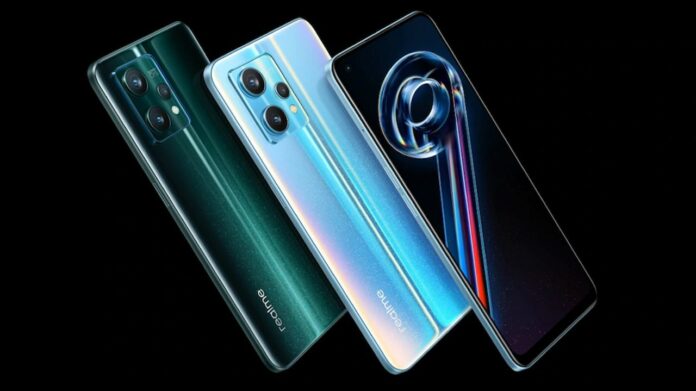 Ahead of the official announcement, the Realme 9 4G RAM, storage option and colour options have been leaked online. The phone is said to launch in March.

As per the report of Pricebaba, Realme 9 4G will come in two storage options – 6GB RAM + 128GB and 8GB RAM + 128GB. Further for the colour, the leaks reveals that the device will be available in three colour options. This will include Sunburst Gold, Meteor Black, and Stargaze White.

As of now, not much of the Realme 9 4G specifications are known except battery and camera. It will pack a 5,000mAh battery with support for a 33W fast charging. Besides, the phone will likely come with a 48MP primary rear-facing camera and a 16MP front camera.

Meanwhile the 5G variant of Realme 9 is also said to launch in India this month. The Realme 9 5G will come in Stargaze White, Supersonic Blue, Supersonic Black, and Meteor Black colours.

As per the leaks, the phone is tipped to come with a 6.5-inch Full HD+ display with 90Hz refresh rate. Under the hood, it will pack a MediaTek Dimensity 810 5G processor with up to 8GB RAM and 128GB of storage.