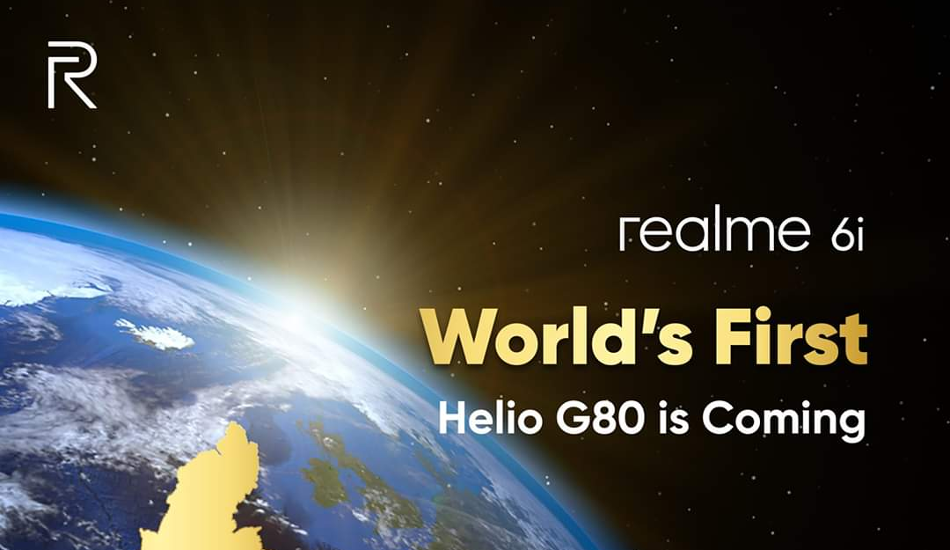 Realme 6i is confirmed to arrive with 18W fast-charging capability and USB Type-C port.

After recently launchingRealme 6 and Realme 6 Pro smartphones in India, the company has now shared the launch date for Realme 6i. This will be the third smartphone in the Realme 6 series.

Realme Mobiles in an official post on Facebook, announced that Realme 6i will launch in Myanmar on 17 March. The company has however not revealed much details for the Realme 6i, except for the fact that it will be the world’s first smartphone powered by the MediaTek Helio G80 chipset.

Besides that, the Realme 6i is also confirmed to arrive with 18W fast-charging capability and USB Type-C port. The company claims that the 18W Quick Charge feature can reduce the charging time by 38%. The company has confirmed 48MP quad rear cameras for the phone.

An earlier FCC having a model number RMX2040 revealed that Realme 6i will sport a waterdrop notch on its display. At the rear, it will have quad rear cameras with a 48MP main shooter. A fingerprint sensor is placed right beside the rear camera setup. The phone will have a 5,000 mAh battery with 18W charging speeds, micro-USB connector and a headphone jack. Realme 6i will measure 164.4×75.4×9.0mm and weigh 195 grams.

Realme 6i was also spotted on Geekbench benchmarking website as per which Realme 6i features 4GB of RAM and it is powered by Helio G70 chipset. The phone runs on Android 10 OS out-of-the-box. The phone has got 345 and 1293 points in the single-core and multi-core tests of Geekbench 5.