AdNetwork server throws up purported Nokia Tablet with RX-108 model with Windows 8 along with two smartphones RM-860 and RM-892.

Nokia is reportedly working on more Window Phone 8 smartphones and it seems that the Windows 8 tablet might be a reality soon. AdDuplex network founder Alan Mendelevich spotted couple of Nokia model name bearing devices in the server logs four days ago. It is being speculated that the unknown Nokia model RX-108 with Windows 8 is actually the Nokia Lumia Tablet. Two other smartphone models RM-860 and RM-892 were also spotted in the ad network server logs.

Nokia has been rumoured of working on Lumia tablet since couple of months. Though there have not been any exact details or confirmations from the company. So far we know that the tablet is likely to carry the unibody design such as the current Lumia 920 smartphone and most likely run Windows 8 or Windows RT. 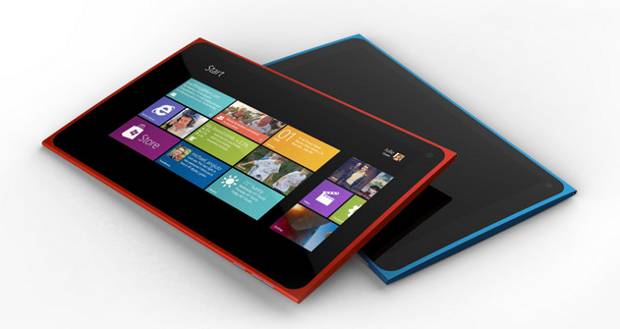 Along with the tablet, Nokia RM-860 model with 1280×768 pixel resolution was also listed in the adnetwork’s server log. This smartphone is likely to be the US-centric Verizon Lumia 920 model. There was another RM-892 from India listed in the logs but no more details were available on that.

At this moment, we believe that Nokia will make no announcements about the purported Windows tablet at the Mobile World Congress 2013 next week. All excitement will be saved for a later event or the mid of this year.